On my two previous visits about 20 years ago to Nice I never came across Socca. It was via TV shows and reading about it in Ottolenghi’s books that it was on my ‘have to taste list’ for Nice on my recent visit. 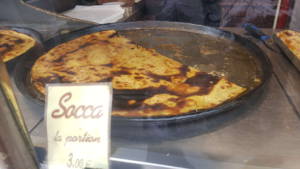 Socca in a Nice 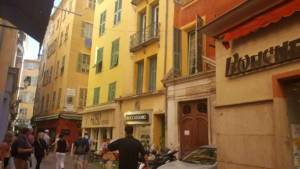 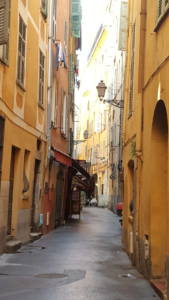 Socca is a pancake made from chick pea flour. In the old city of Nice there are plenty of restaurants serving it and they have been doing so for hundreds of years, but the actual origin of this North African or Middle Eastern flavoured ‘pancake’ is unkown. It appears to be a traditional dish of the area of the Mediterranean stretching from Genoa, Italy to Nice and neighbouring French coastal towns. 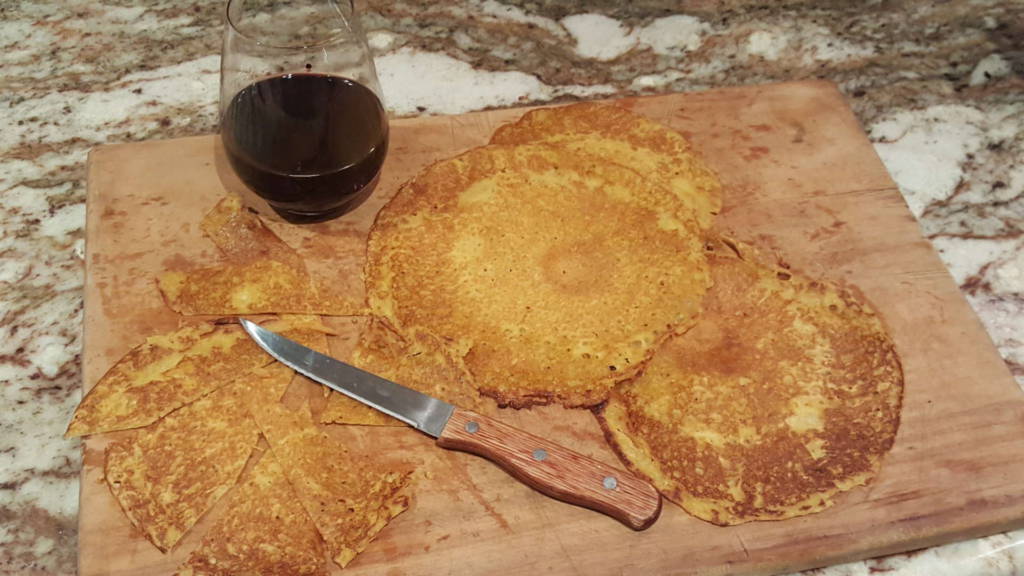 Locals order it to enjoy with a beer or a glass of rosé. I find it goes perfectly well with a glass of spicy Shiraz! It is either served in a paper cone or on a plate sliced into rough ‘shards’. It is rustic and plain.

In researching recipes they mostly have the proportions of 1 cup chickpea flour, 1 cup water, 2 tablespoons olive oil, 1 teaspoon salt, but then the flavourings vary by adding black pepper, cumin and even chopped herbs such as rosemary.

I regret not spending more time photographing the shops, the product and the pans. You can buy the special pans. They are almost a cross between a pizza pan, but with a heavier base, and a paella pan with handles. The average diameter is about 30cm, but in some shops you see very large pans, measuring about 60cm diameter, and then they serve slices. 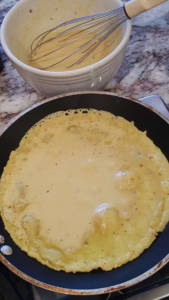 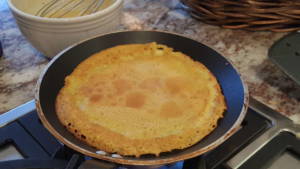 Most recipes start cooking on the stove top & finish it under the grill. Others cook it completely on the stove top, flipping it halfway and others pre-heat the pan in a hot oven & cook it completely in the oven.  I thought it will be difficult to flip, so I opted for the preheated pan and hot oven method. I used my convection microwave that has a grill option for extra browning, but I was not totally convinced that this method worked. My second attempt was using my crepe (pancake) pan and it worked perfectly!

The Socca that I ate and saw resembled a thick pancake or crepe, about 3mm thick, but I do notice that some recipes almost resemble a thin crumpet / flapjack. I prefer the thin variety that crisps on the edges. 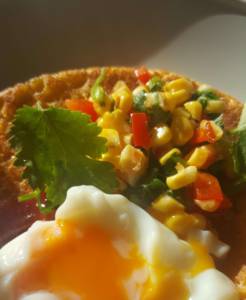 Chickpea flour is used widely in Indian and Middle Eastern cooking. It is also known as garbanzo bean flour. You can buy it in the ‘health food’ sections of most supermarkets, but we buy ours from a specialist Middle Eastern grocer in Cape Town at about half the price! It is gluten free and has higher protein content than wheat or maize flours, but it still has a fair amount for carbohydrates, so it’s not a not carb-free option. As a snack with a glass of vino it ‘feels’ like a healthy option!

I served socca as a base for a delicious brunch dish consisting of a poached egg and sweetcorn salsa!

The next day  it was breakfast with a spicy scrambled egg!

It will be divine with a curry instead of the usual Indian flatbreads as it is a lighter option.