Green Goddess Salad Dressing, retro, but it could be trending! 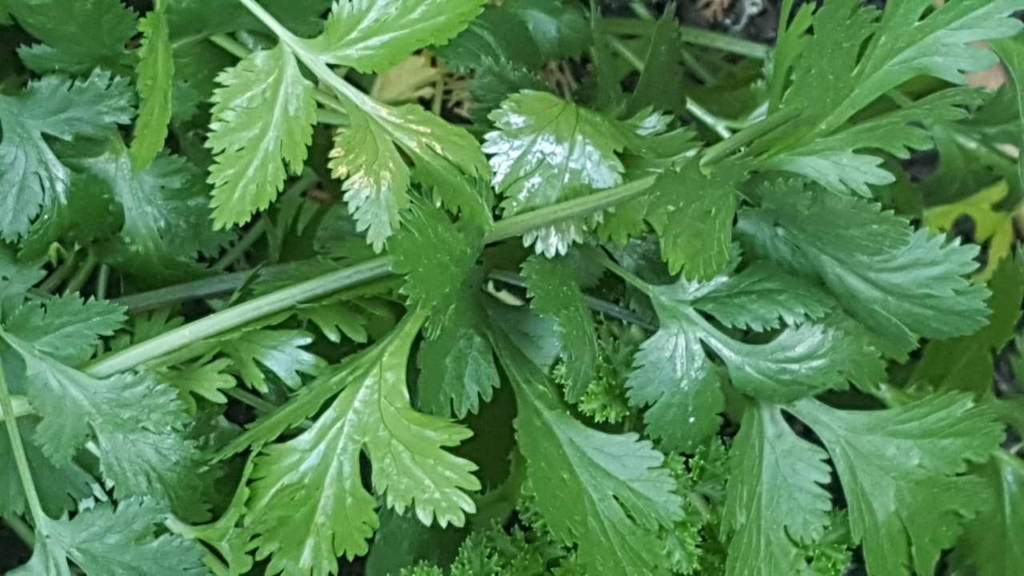 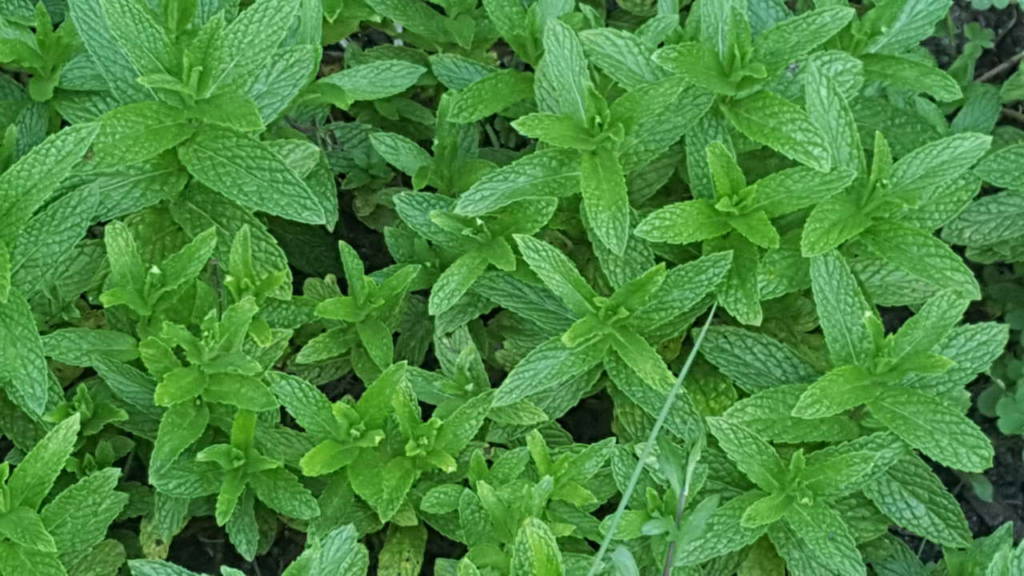 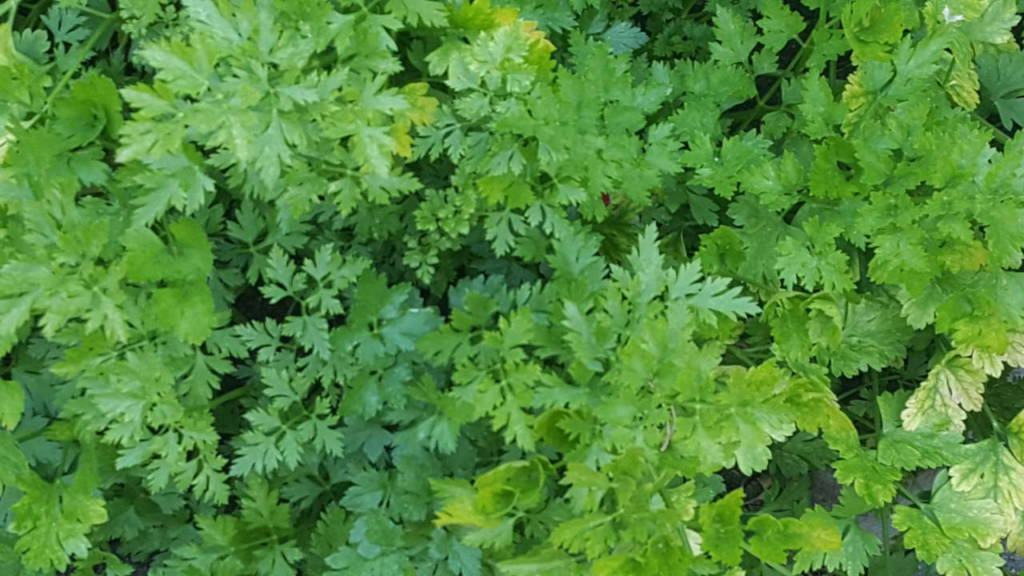 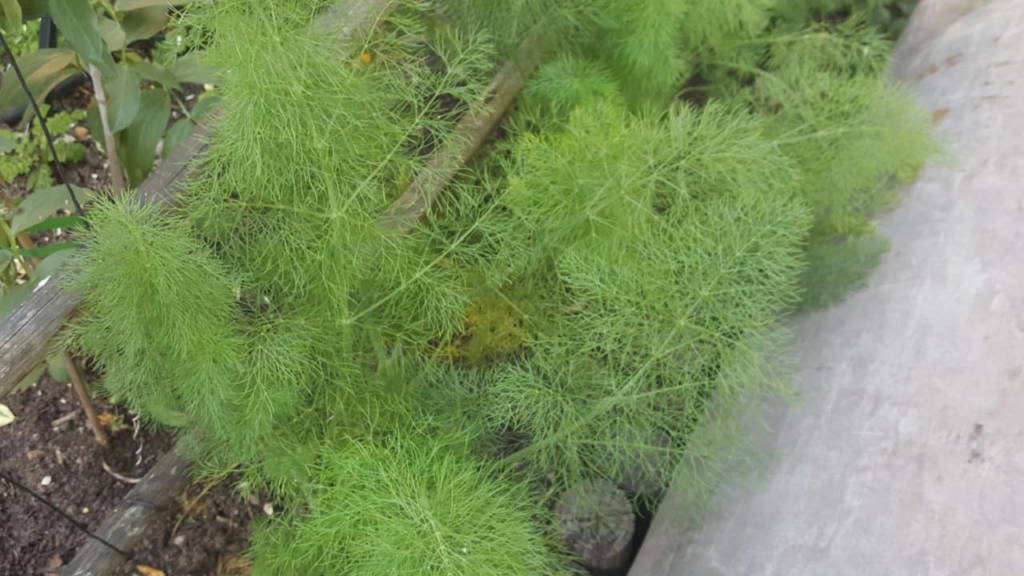 Walking through my vegetable garden I had an urge to use the magnificent fresh herbs and Green Goddess dressing came to mind. Yes, it is very retro!

My mother enjoyed American cook books so her recipes often had an American influence.

I recall when she first got her Kenwood food mixer with attachments, which included a blender. It was as this time that she started experimenting with sauces and salad dressings. Sometime in the late 60’s or early 70’s we were served a ‘Green Goddess Salad Dressing’ for the first time. I always thought it was delicious. I was intrigued by the gentle avocado green colour, its creaminess and subtle herb flavours. 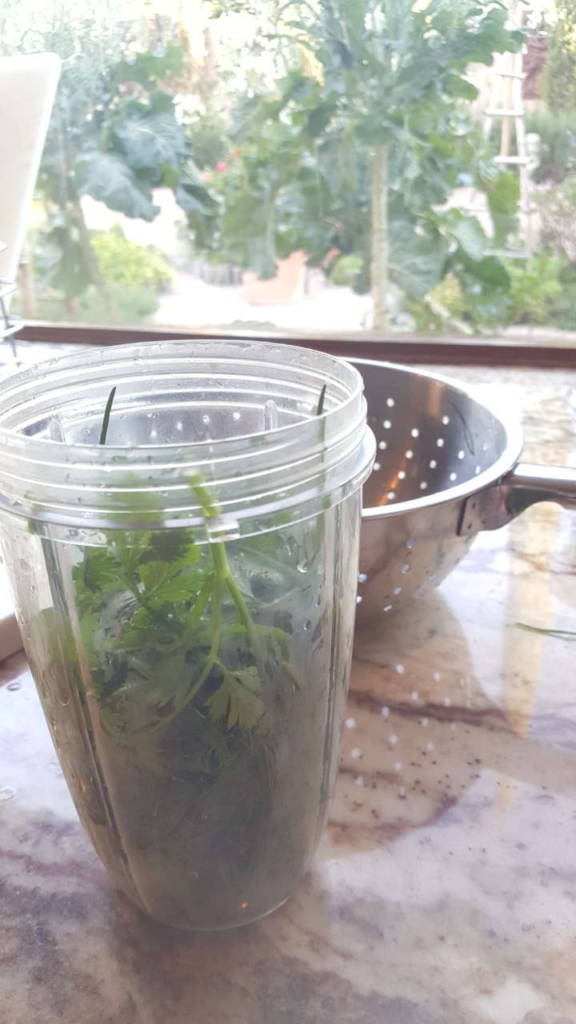 When this dressing was featured recently on an American TV show it brought back those flavour memories, so I researched the recipes and started making it. It is always a hit.

When I researched its origins I found that the dressing was named after its green tint but also when a chef created it in honour of an actor taking part in a hit play in the 1920’s called ‘The Green Goddess’.

In the 1970’s Kraft foods produced bottled versions of this sauce for the first time and it became a commercial hit.

The classic recipes that I found contain either mayonnaise or a mixture of mayonnaise and cultured buttermilk as a base. Some recipes use Creme Fraiche (cultured sour cream) instead of buttermilk.

As I have a sudden interest in cultured buttermilk I have been making my version with a mixture of buttermilk and creamy yoghurt. 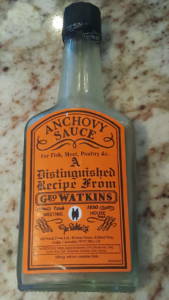 As mentioned above, the original recipe also contained anchovies, usually in a concentrate or paste form, spring onions, parsley, tarragon, tarragon vinegar, and chives.  In later recipes avocado was added.

I have taken it a step further and add mint. I don’t have fresh tarragon at the moment so the aniseed flavour comes from the fennel that grows prolifically. I am not mad about raw onion flavours, so I also omit the spring inions and only add chives. Fresh lemon or lime juice replaces the tarragon vinegar.

Anchovy ‘essence’ or concentrate is always on my shopping list when I visit the UK. Many recipes use it, but I find the addition of three or four bottled or tinned anchovies is as good. I usually have bottled anchovies in my fridge, especially in summer when it is used in salads.

You can omit the anchovy. For a basic salad dressing I don’t include it.

Play around with the ingredients in your garden!

This sauce sure beats the pink ‘Marie Rose’ seafood sauce as its flavours are much more compatible with fish. Here I served it as part of a very simple prawn and avo starter. The lemon, mint and fennel flavours married perfectly with the prawn and the creamy avo. And you will agree it looks amazing. 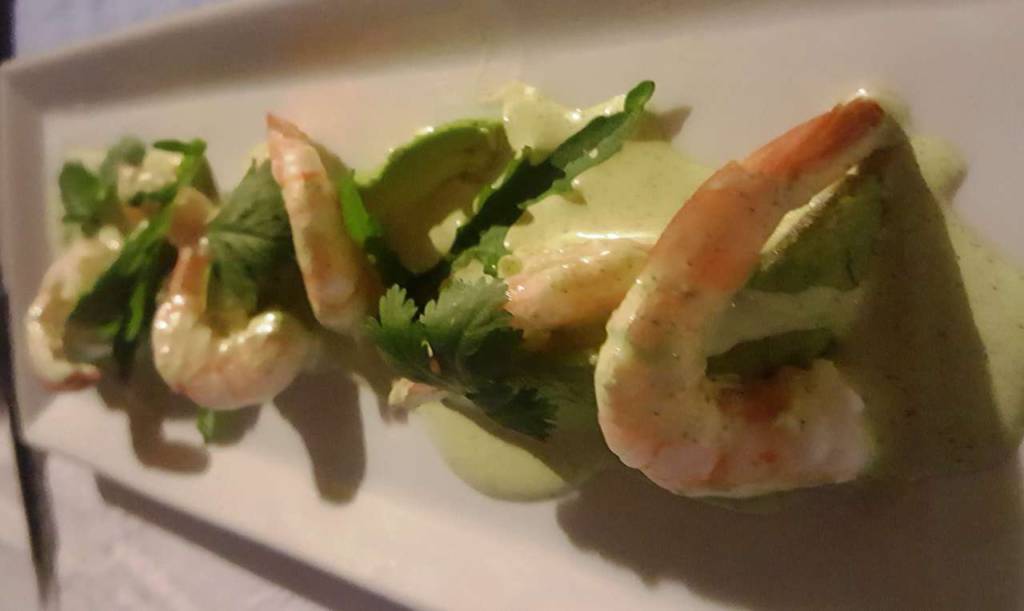 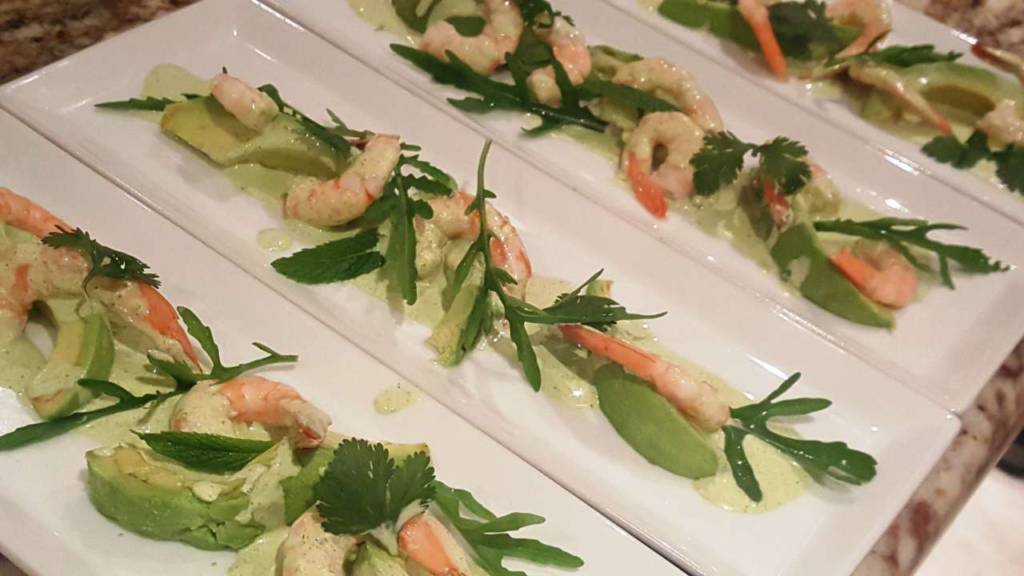 I served it over a green salad last week. It was lettuce, cucumber and avo, topped with this lovely fresh dressing

It is going to be my favourite dressing this summer! 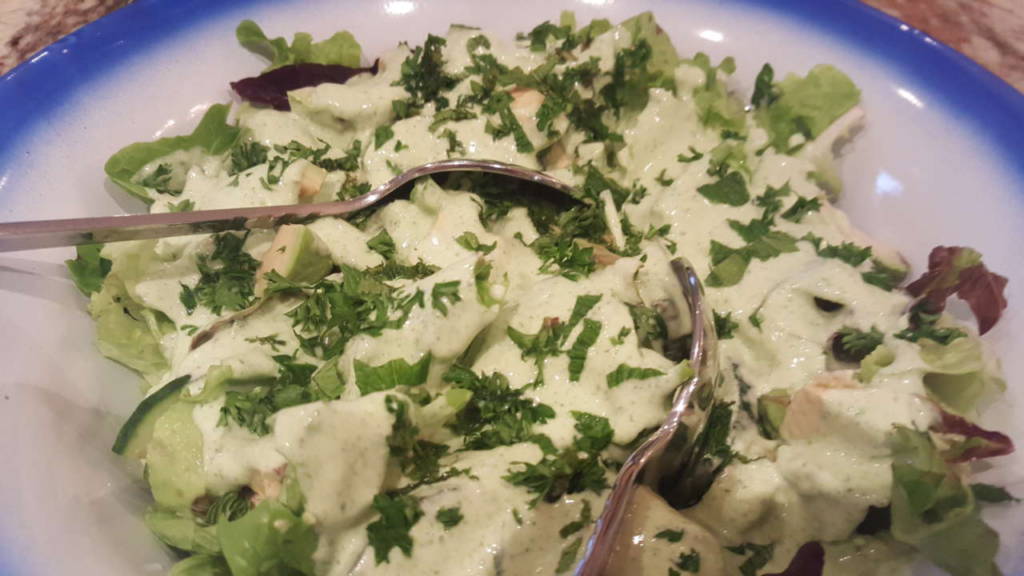 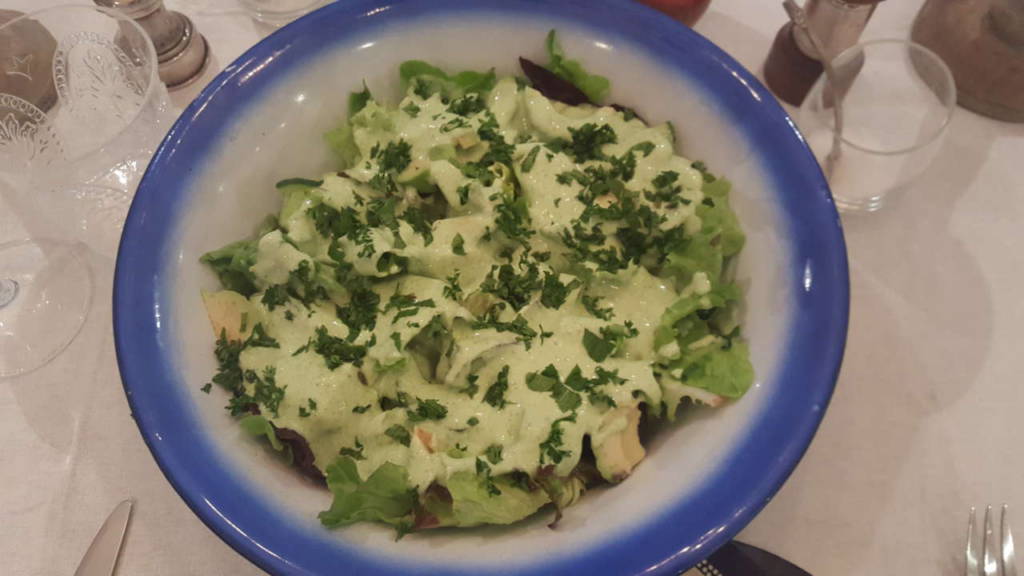