When a friend found Herenbone in local shops, I immediately said, please buy some for me! I have since found them at a number of country town delis. Look out for them up the West Coast or the Joostenburg Deli. 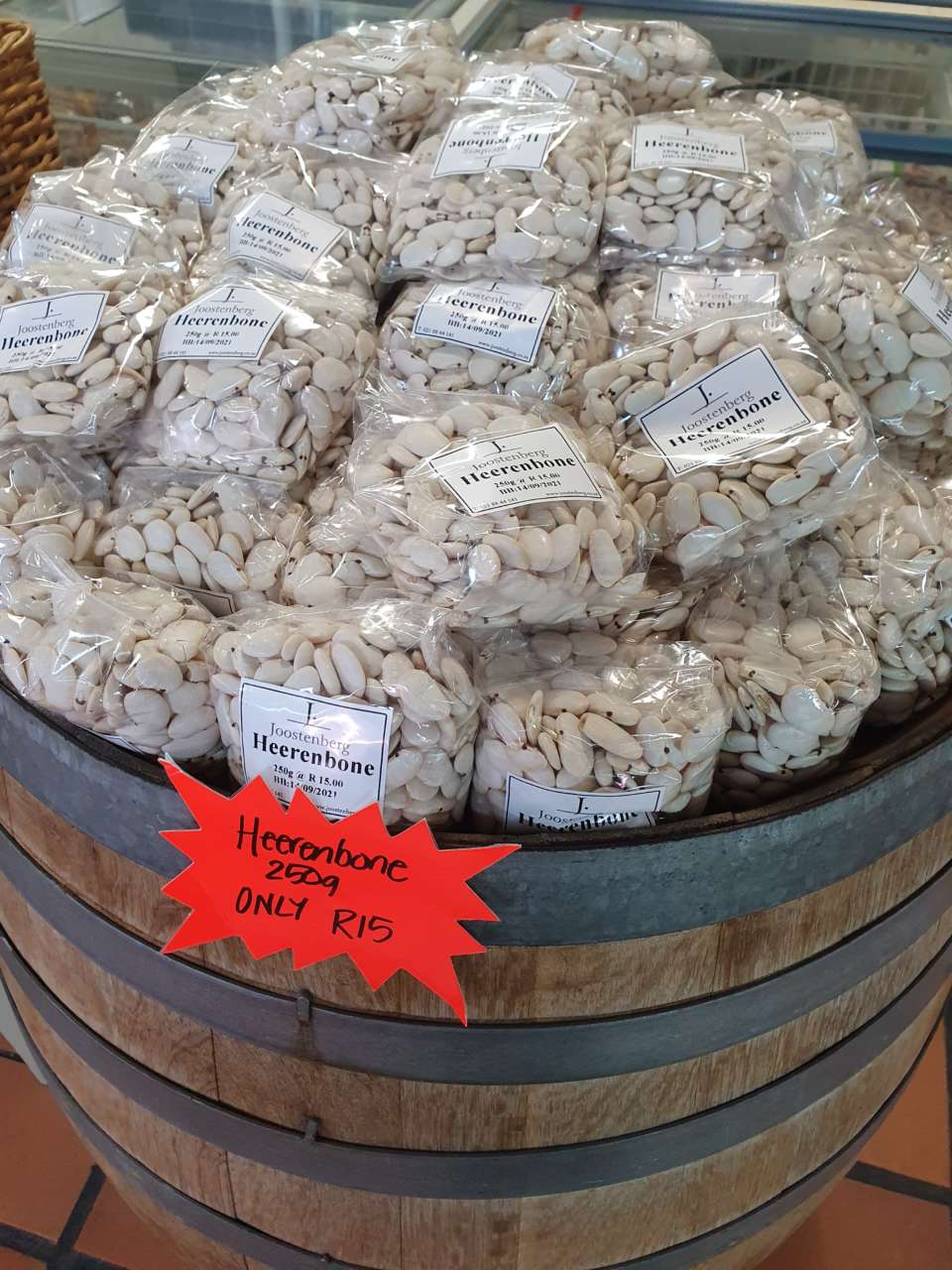 As they are dried and have a long shelf life I now stock up whenever I see them.

The name, Herenbone or Heer Bone (Boontjie) translates as the Lord’s Bean, probably referring to the early Dutch Governors in the Cape, who were known as Heren (Lords). There does not appear to be an English translation for these beans. 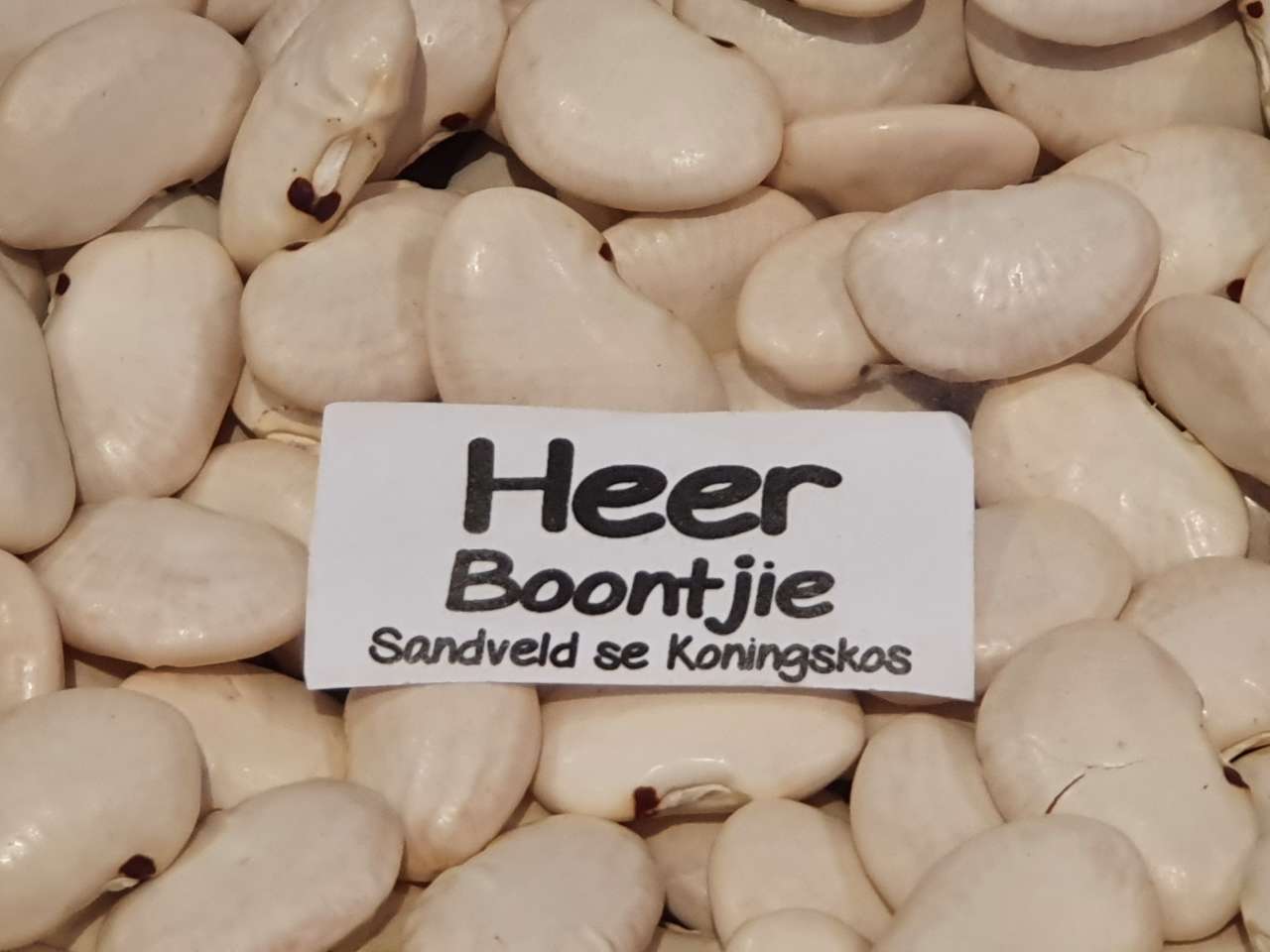 It is said that Jan van Riebeeck introduced the seeds to the Cape Farmers in the 1600’s. Their origins are apparently from Lima. These perennial plants thrive in poor soil and relatively dry areas, so they were perfect for the Sandveld area inland from the West Coast. Only the beans are edible as the rest of the plant apparently contains high levels of cyanide. This is probably why the plants are tough and virtually pest free.

In the raw state they are large white beans the size of a cooked butter bean with a distictive black spot at its ‘navel’!

Why are they so special?

These beautiful white beans have been classified as an heirloom vegetable in South Africa.

They swell to more than double their size when cooked, but remain fairly flat. They have a firm texture and don’t have the starchy texture that other beans tend to have.

I am surprised that they are not grown on a larger scale and not really commercially available. 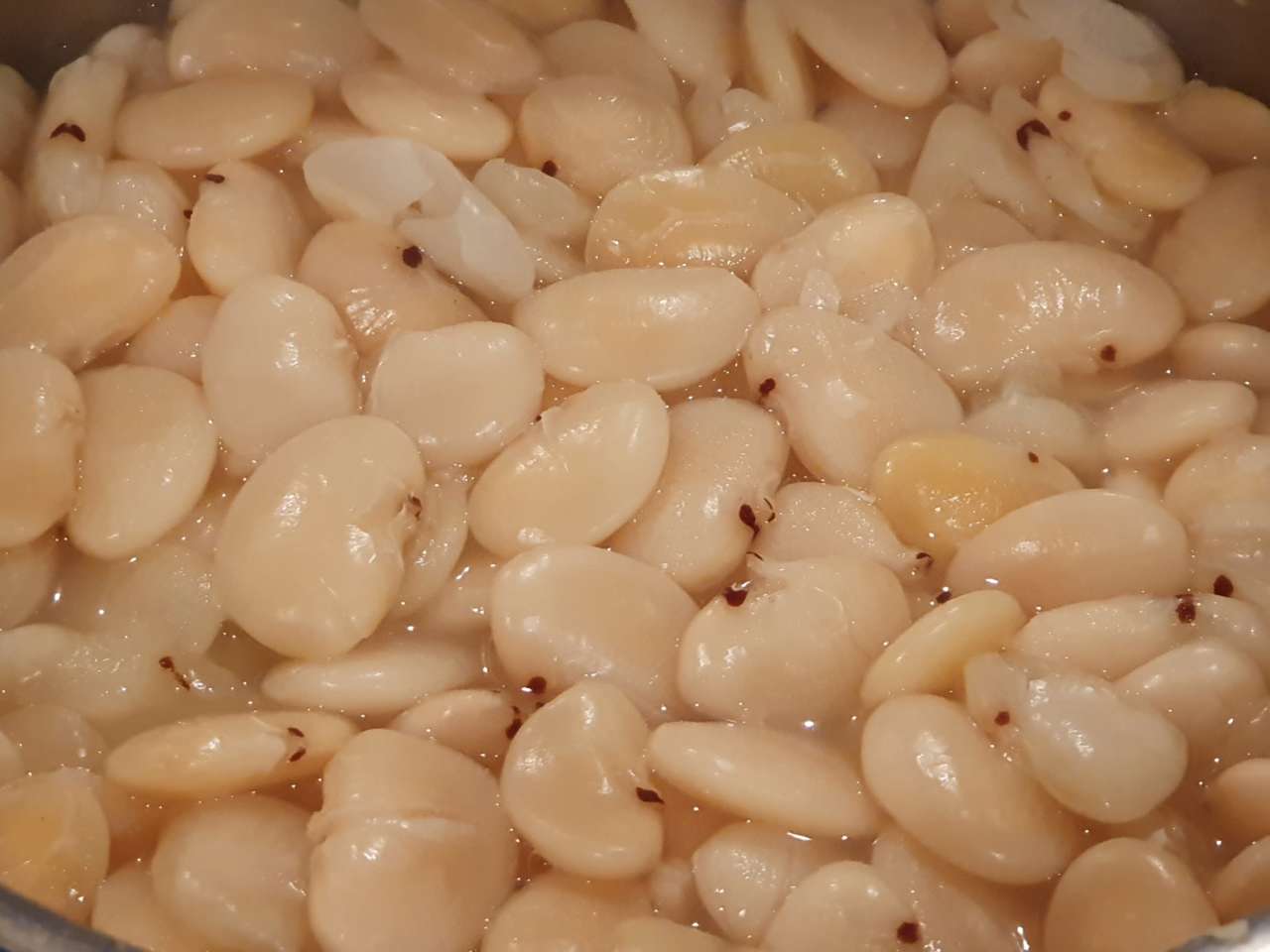 You ideally need to soak them for about 5 hours or overnight. Then refresh the water and boil them for about 20-30 minutes. If you do not pre-soak them they need to boil for about an hour. Do not salt the water and it retards the softening. In old cookery books a pinch of bicarbonate of soda is added to the water when cooking beans. The alkali helps tenderise the plant fibre, but if you are not careful they become soggy.

These beans consists of about 15% protein and about 40% fibre so they can easily be part of a vegan or vegetarian diet.

I recall my maternal Grandmother serving these with hearty stews, such as oxtail. I include them in recipes that call for broad beans or in salads.

Last week I made Portuguese Octopus and Bean Stew, Feijoada, and used Herenbone instead of the required Kidney beans. Recipe here 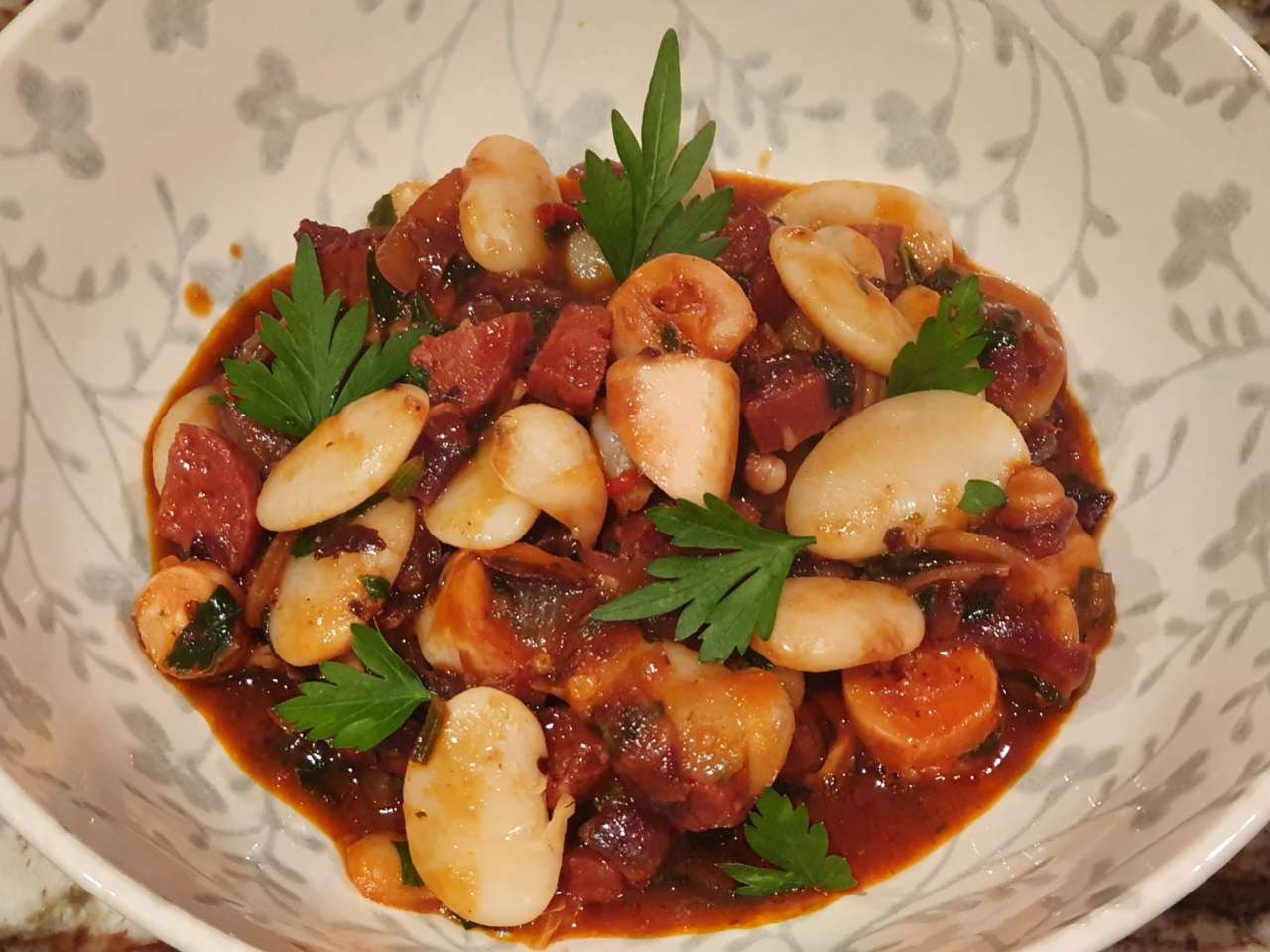 They can be used in a mixed bean salad or Italian Style, in a vinaigrette. This salad is ideal for long summer days as it has a shelf-life of about 5 days. As for the Italian version using Cannellini Beans it can be served as an accompaniment or as part of an anti-pasto table. Recipe here 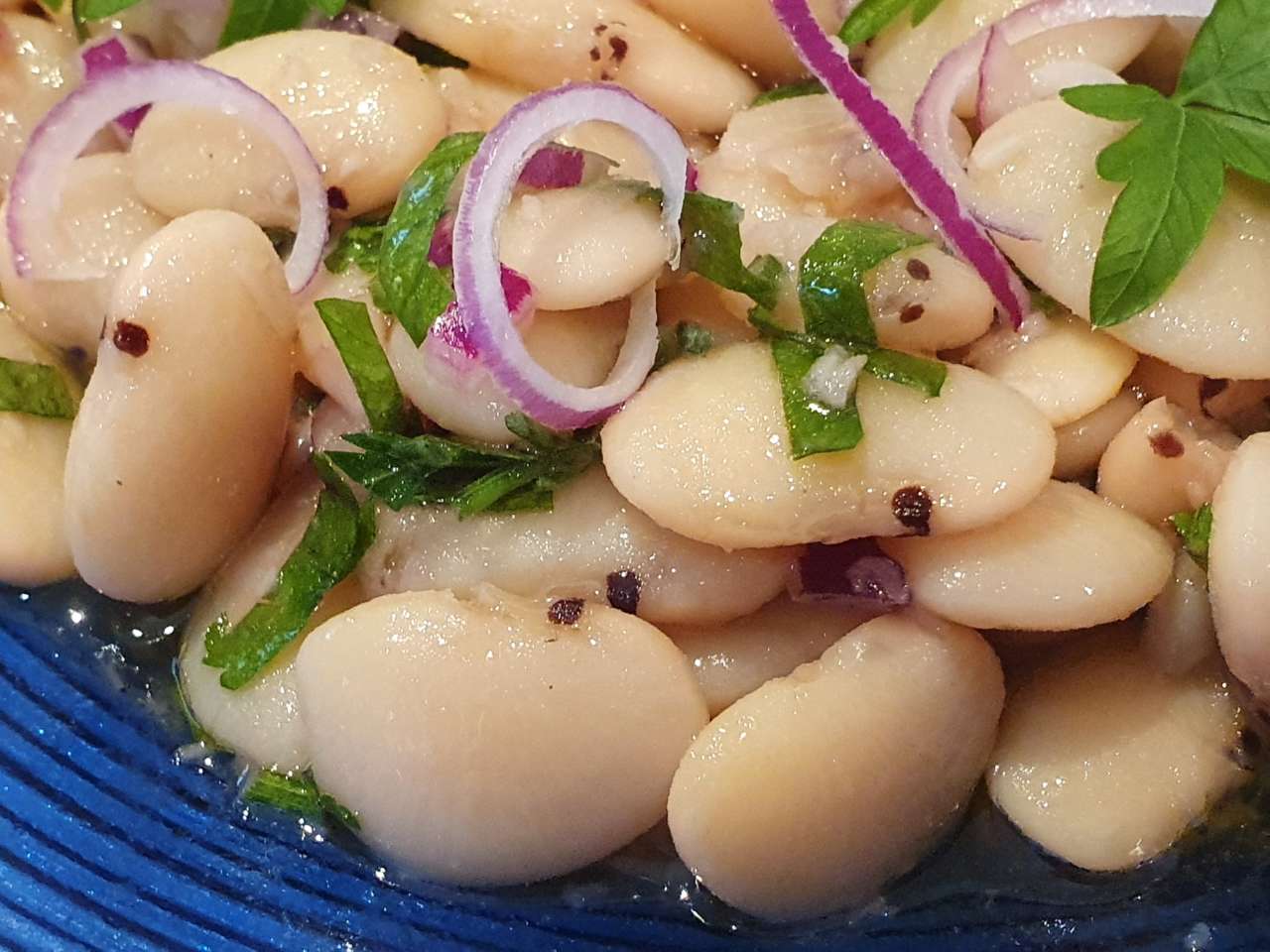 With summer coming use them instead of potatoes or other carb components in salads. I also used them in my Octopus and Prawn Salad. Recipe here 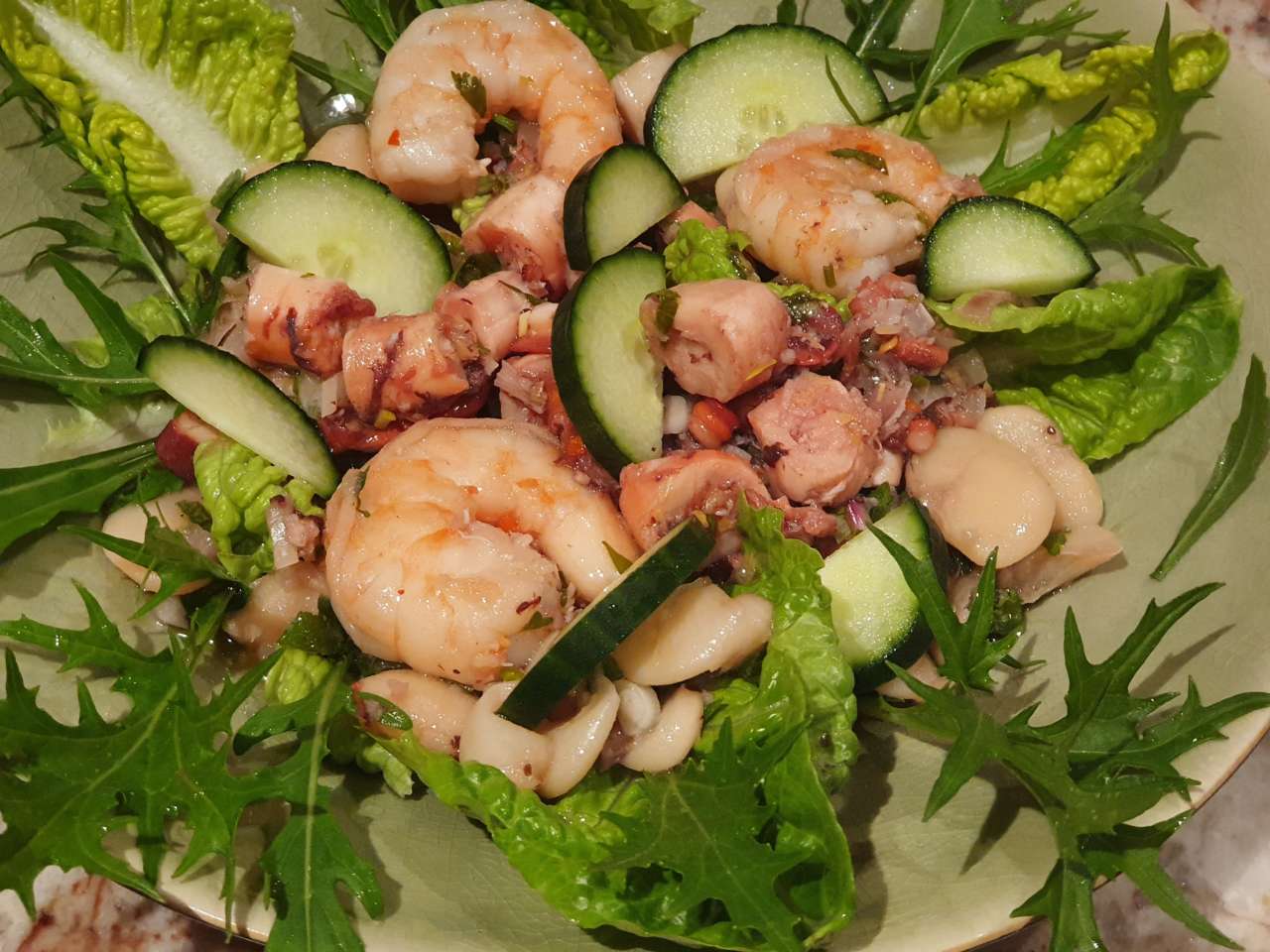