I feel that oily fish such as salmon, trout, mackerel, yellowtail or tuna all deserve a fresh light sauce. 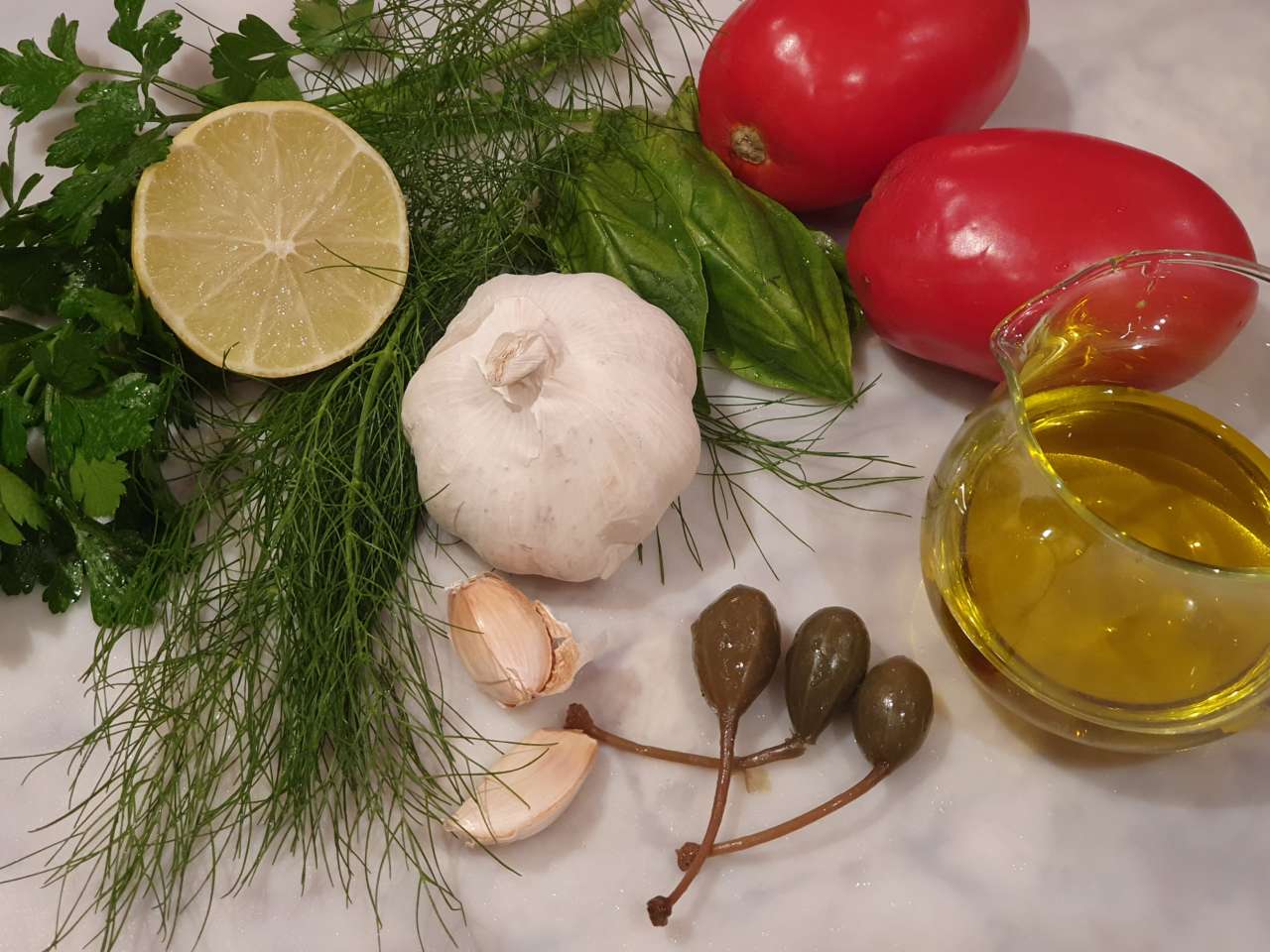 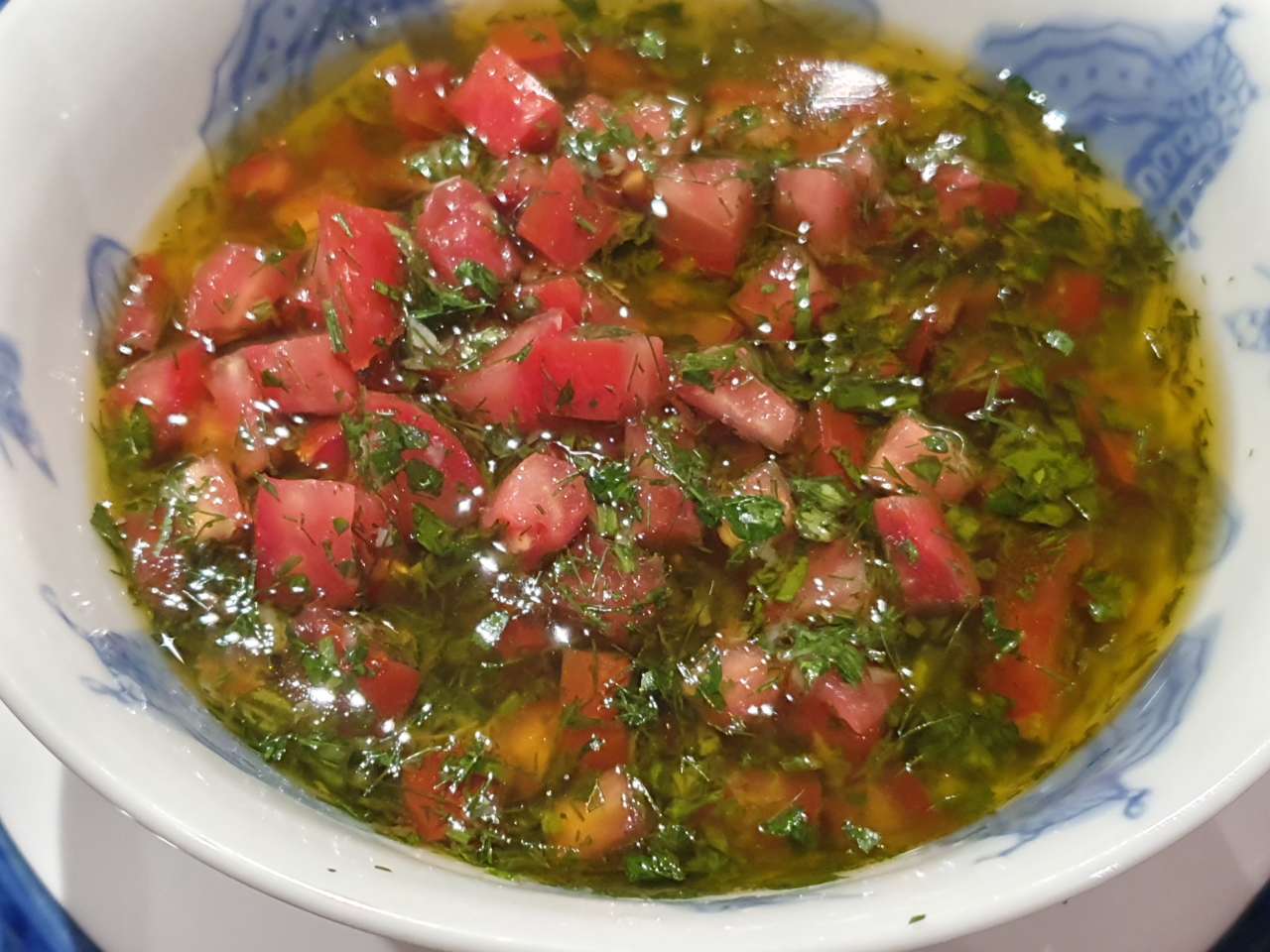 As you know my choice of flavour usually veers towards Asian which does also marry well with oily fish, but for a change I chose Sauce Vierge.

I think the last time I had sauce Vierge was in France where it was served with Mackerel.

It was one of those simple yet memorable dishes as the sauce perfectly complimented the rich oily fish. Since then it has always been on the ‘to do’ list.

This sauce was originally invented by Mediterranean chefs, but became popular when French Chef Michel Guerard used it in his restaurant in the 1980s.

When we received a beautiful chunk of fresh tuna from our neighbours this week this immediately came to mind.

This sauce is quite summery, so it’s just in time for those in the Northern Hemisphere. We are still enjoying warm autumn days in the Cape and there were lovely ripe plum tomatoes on the kitchen counter and plenty of fresh herbs in the garden, so it simply had to be Sauce Vierge!

It’s a no cook sauce, served at room temperature that can be assembled in advance. 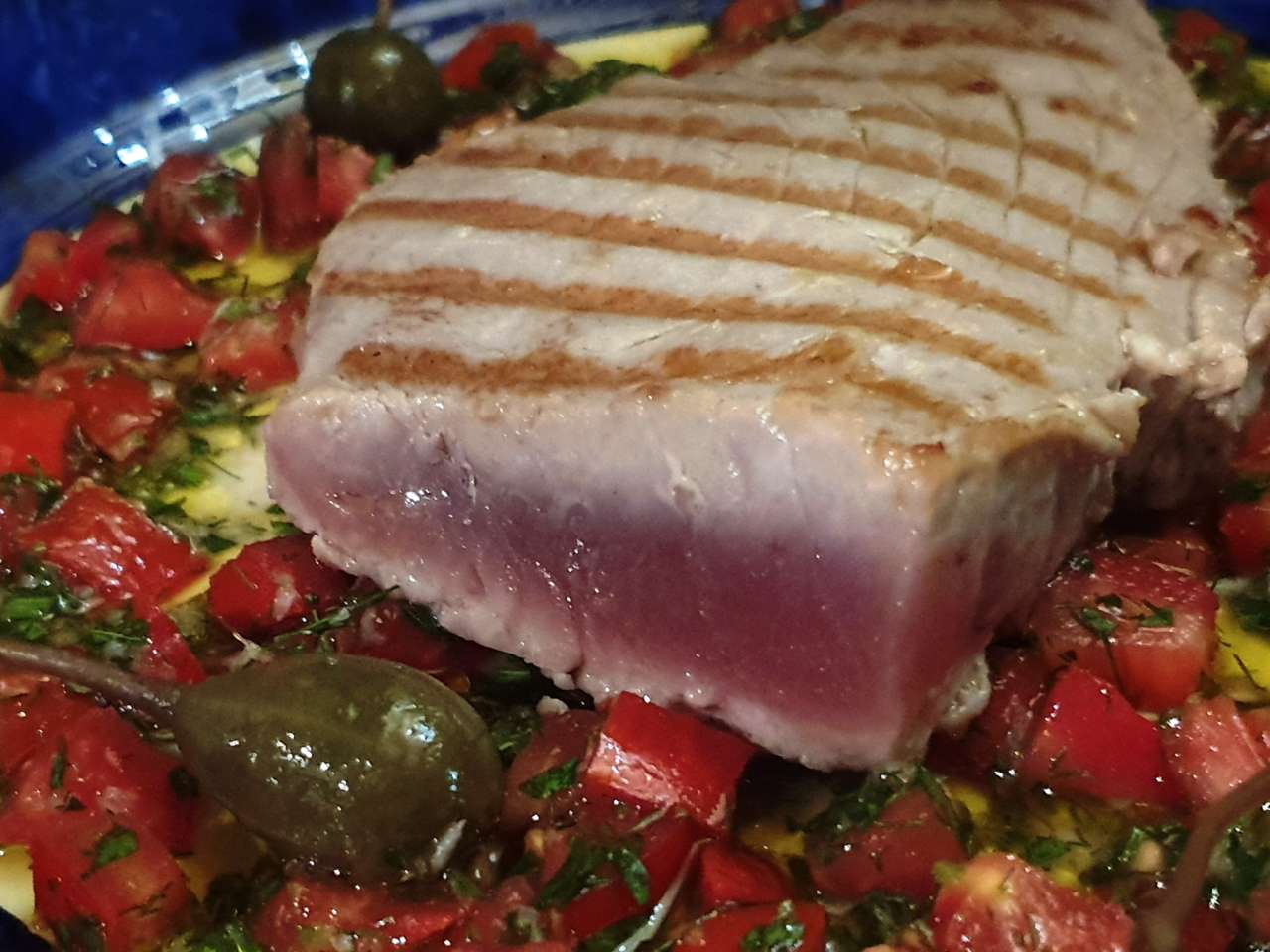 Tuna steaks need to be cooked just before they are served. They are preferably served just seared and pink in the centre.

Other fish varieties can be cooked by grilling, pan frying or baking.

This sauce ideal to use on smaller portions or even for kebabs served as a starter. Try it with steamed mussels.

It is usually served with fish, but will be delicious with grilled chicken breast.