When we visited India about 8 years ago we spent a few days at a lovely resort on an Island in the back waters of Kerala. The island was planted with spices and we went on a walking tour of the spice groves. It was a highlight for this foodie!

The cuisine offered was deliciously traditional. One of my favourites, served at breakfast was Appam.

Appam is a lacy pancake made from rice, rice flour or ground rice, coconut and yeast. Coconut is added either in the form of grated fresh pulp or in the form of coconut milk. 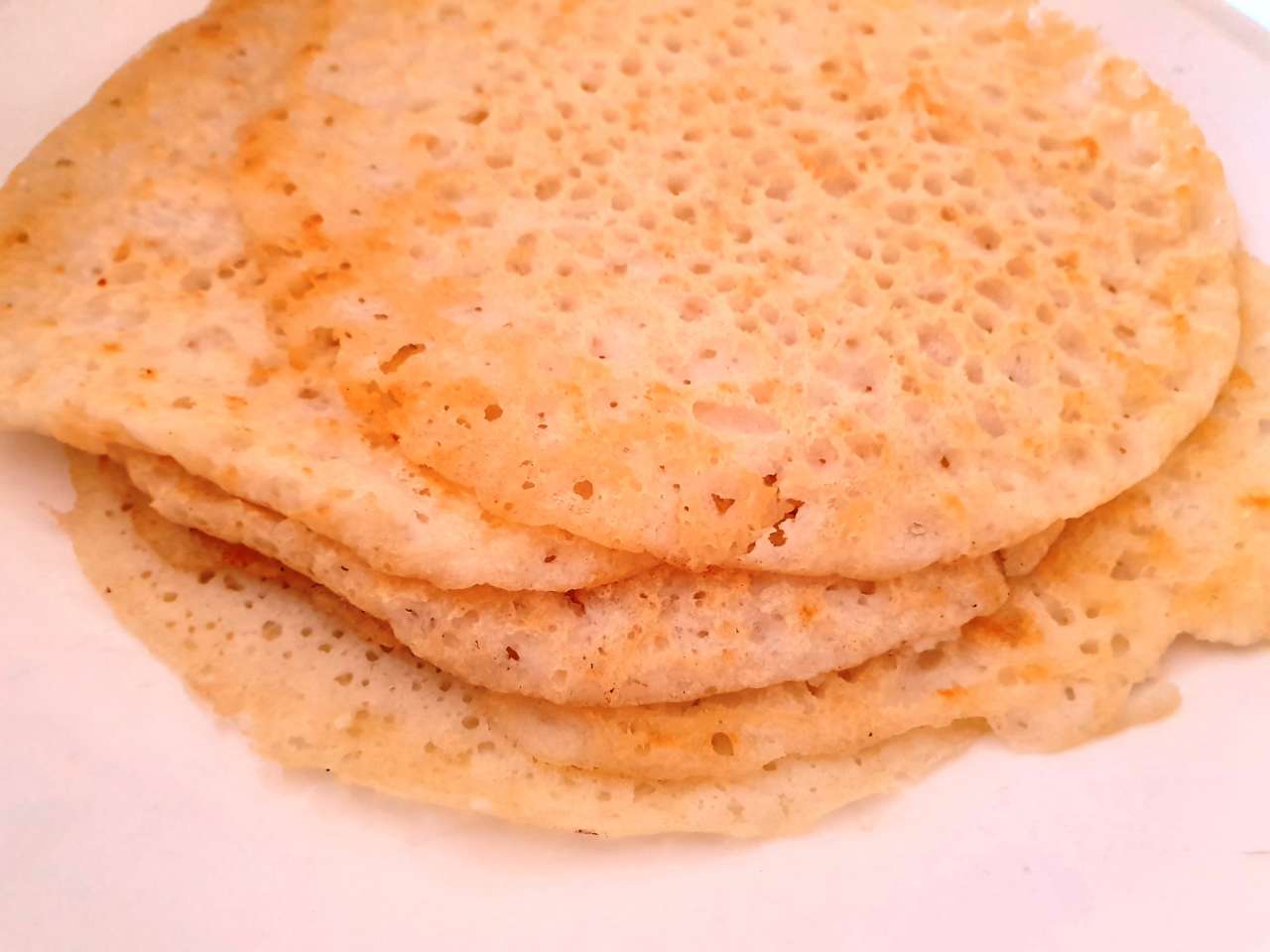 With so many friends and family avoiding gluten I decided to use my ‘lockdown time’ and haul out my recipe.

The traditional recipe uses about one third cooked white rice and two thirds raw rice. The raw rice is soaked in water for at least a day, then, the whole mixture is liquidised to a milky paste. Sugar and yeast is added, its left to ferment and then the ‘pancakes’ are fried.

The first recipe that I tried came from a book that I bought in Kerala. The timing of the soaked rice was not clear so the grains were not soft enough so the pancakes were coarser than I remembered.

Then I did further research and decided to use cooked white rice, rice flour, coconut milk and the usual yeast, sugar and a hint of salt prior to cooking. They were wow!

You need to plan these a day in advance.

Traditional flat breads are the easiest and quickest to prepare. The only downside here is some planning!

Rice has to be cooked and then you need the mixture to stand overnight or for half a day for the yeast to do its thing. It does not rise a great deal, but it becomes light and foamy and the glorious yeasty aroma permeates the house. I add the salt just before cooking as it can retard the yeast action.

Now to the cooking 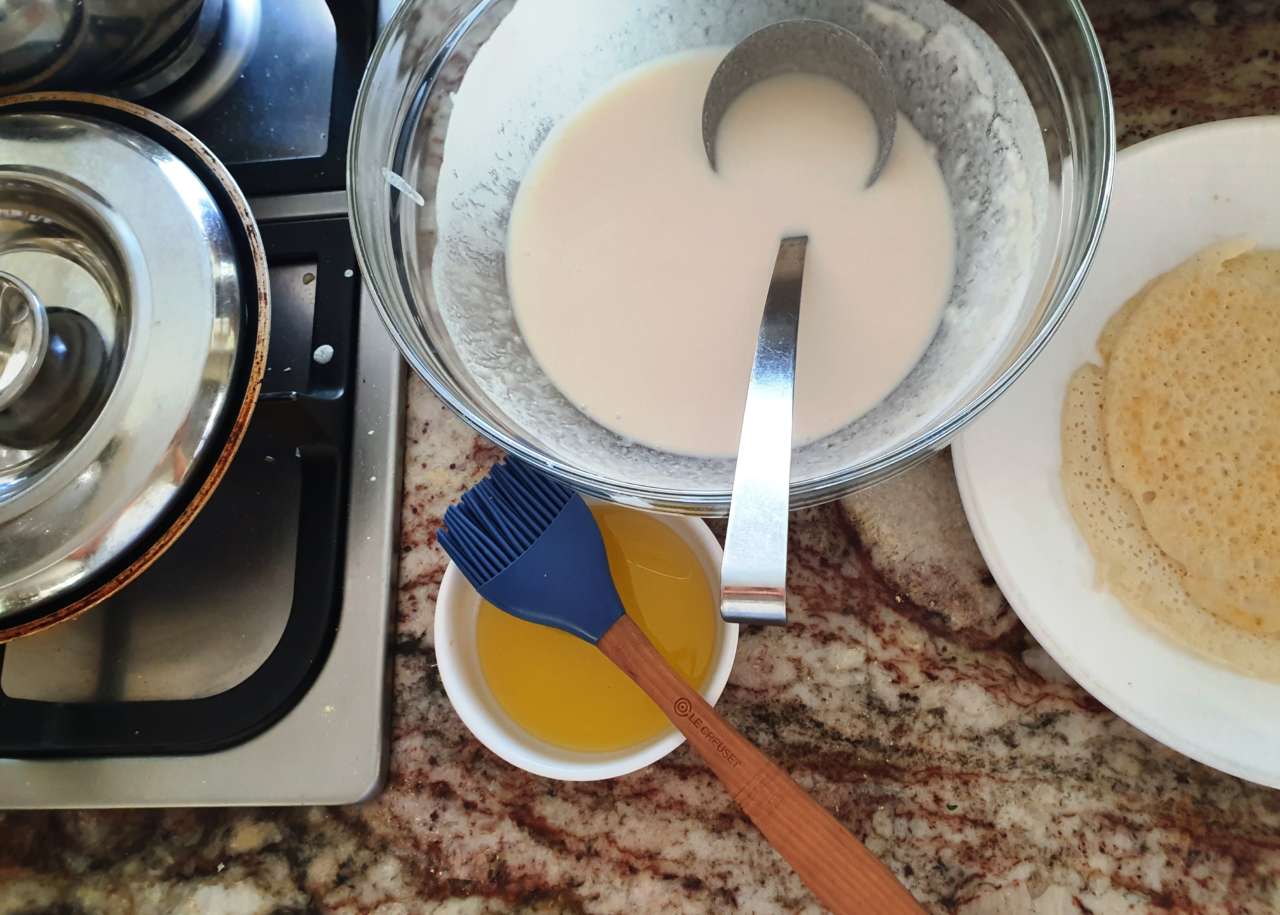 In India they use a heavy flat pan, called a kadai, but I simply used my lovely non-stick crepe pan.

I tried a few in the plain pan, but painting it lightly with ghee (clarified butter) improved the appearance and flavour.

Your frying pan must have a lid. This is essential as these pancakes are not tossed or turned, but cooked on one side only. The lid allows it to steam and cook the top. I found a saucepan lid that worked perfectly. I also tried to be clever and attempted to turn the pancake unsuccessfully as it is too fragile when raw.

The pancakes are thicker than a crepe, but lighter and thinner than a roti or flatbread made from wheat flour. 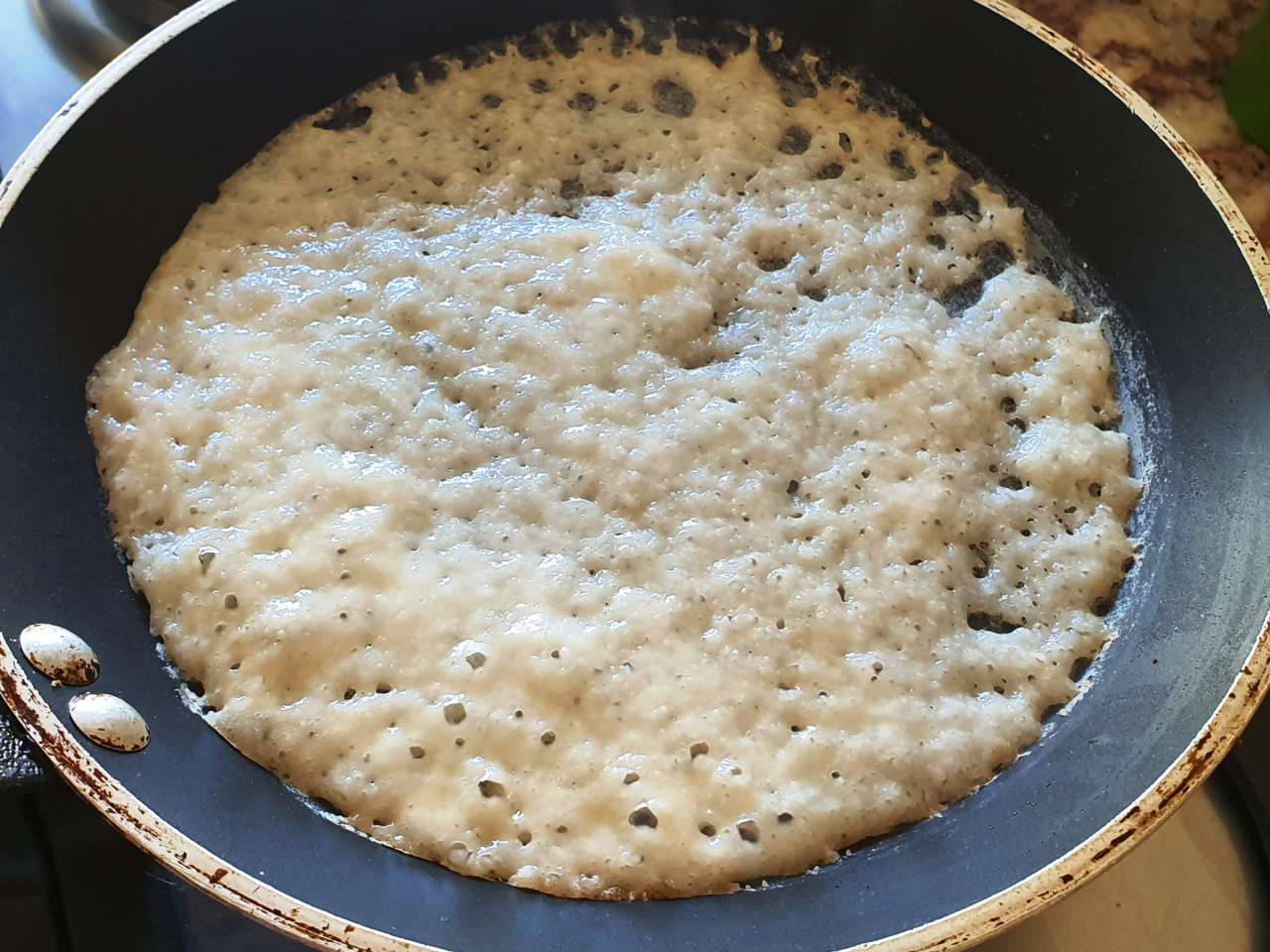 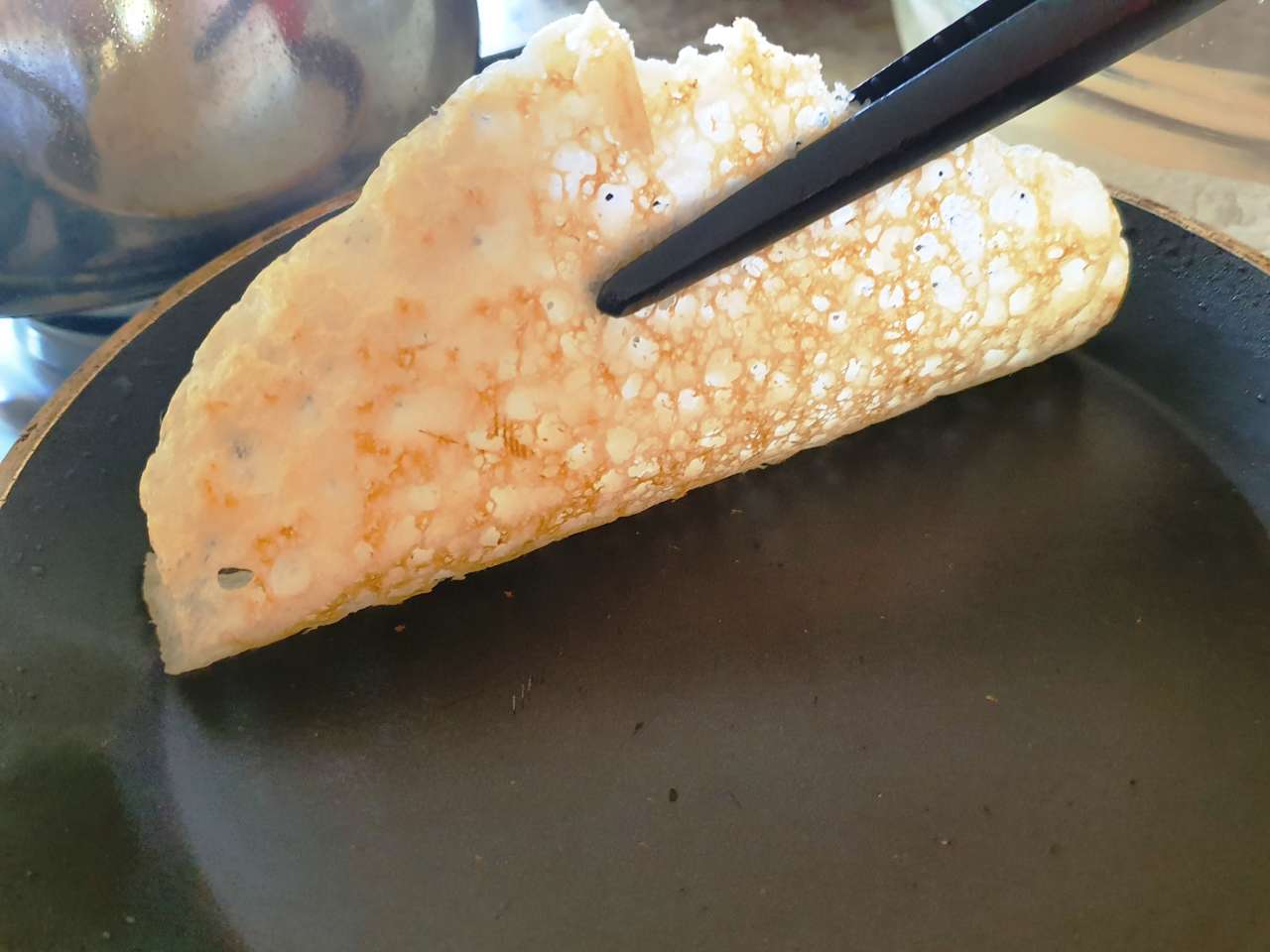 In Kerala they were served with curried eggs for breakfast. Curry is not always everyone’s taste at that time of day, but it will be an excellent accompaniment to Shakshouka, a delicious tomato and red pepper (capsicum) stew with eggs poached on top.

I believe that they are also traditionally served with sweetened condensed milk. That sound rather sickly sweet and unhealthy to me!

I tried them with a spoonful of thick, creamy yoghurt and a drizzle of honey. Add a few berries or sliced fruit.

This is an excellent gluten free substitute for flat breads served with curry.