From a traditional Nice Menu!

A traditional salad from the city of Nice, Niçoise pronounced nee-suahz

It is said that the salad was actually invented by a chef from Los Angles, but the Niçoise have adopted it as one of their traditional dishes.

When we visited Nice last year I was determined to eat a REAL Salad Niçoise so I tried many. Some in the Old City at really tourist restaurants, and others at more upmarket establishments. They varied to such an extent that I returned home to refer to my classic Cordon Bleu book for clarification. 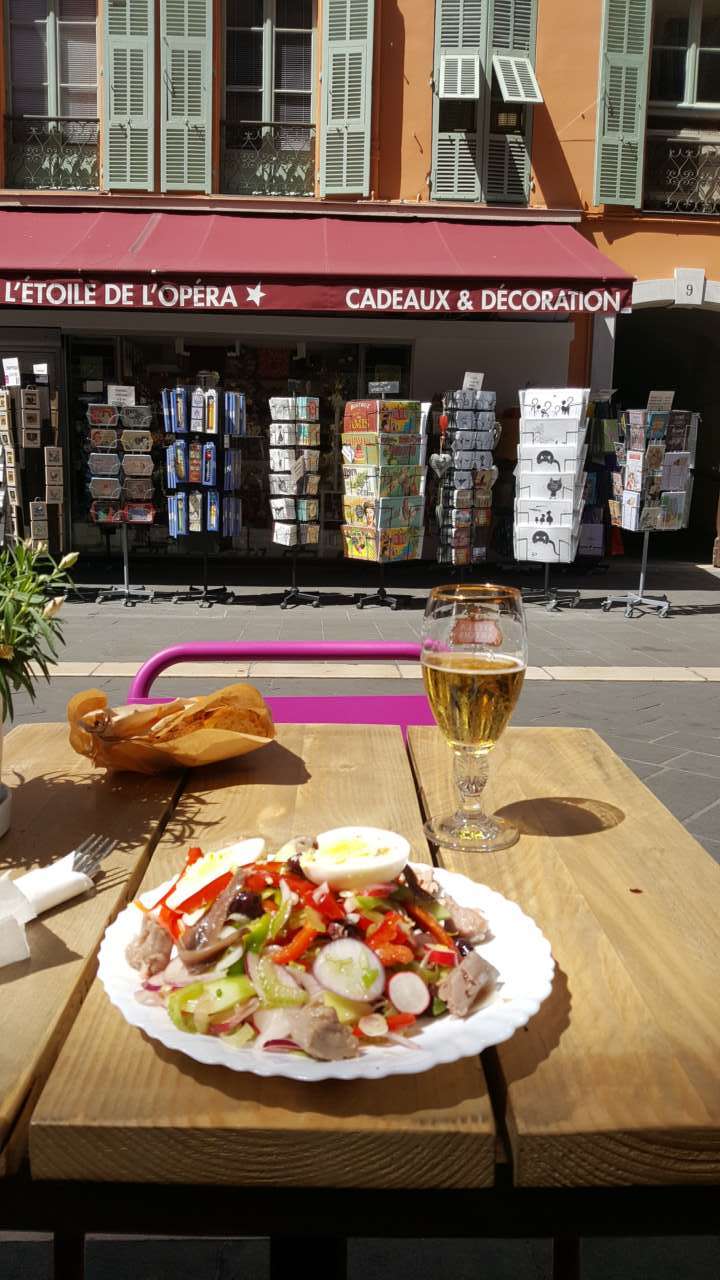 The original recipe dates back to the late 19th century.

Nowadays cooked potatoes are often added and when there are no young beans, blanched beans are acceptable.

Over the years chefs have played around with the original recipe, adding lettuce and grilled red peppers.

One of the most delicious recipes I had in Nice used seared tuna. Modern chefs also sometimes use the delicious lightly pickled anchovies from Spain. 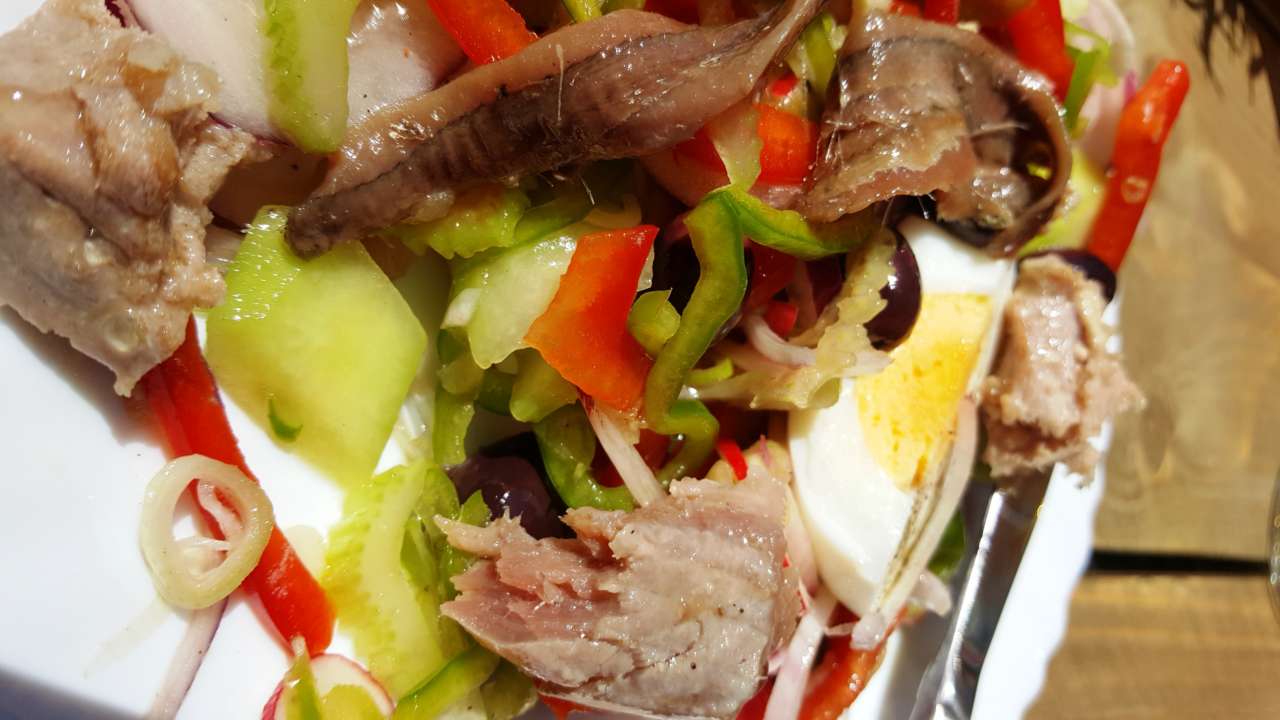 French dressing is used, but the oil must always be olive oil. Good quality wine vinegar is added in the correct proportion of 3 parts oil to one part vinegar. No French dressing goes without mustard from neighbouring Dijon, fresh herbs, sugar, salt and pepper.

A few days ago I woke up and decided that it was a Niçoise day!

The basic, traditional ingredients were all included, but as usual I added a ‘Robyn twist’ to it! 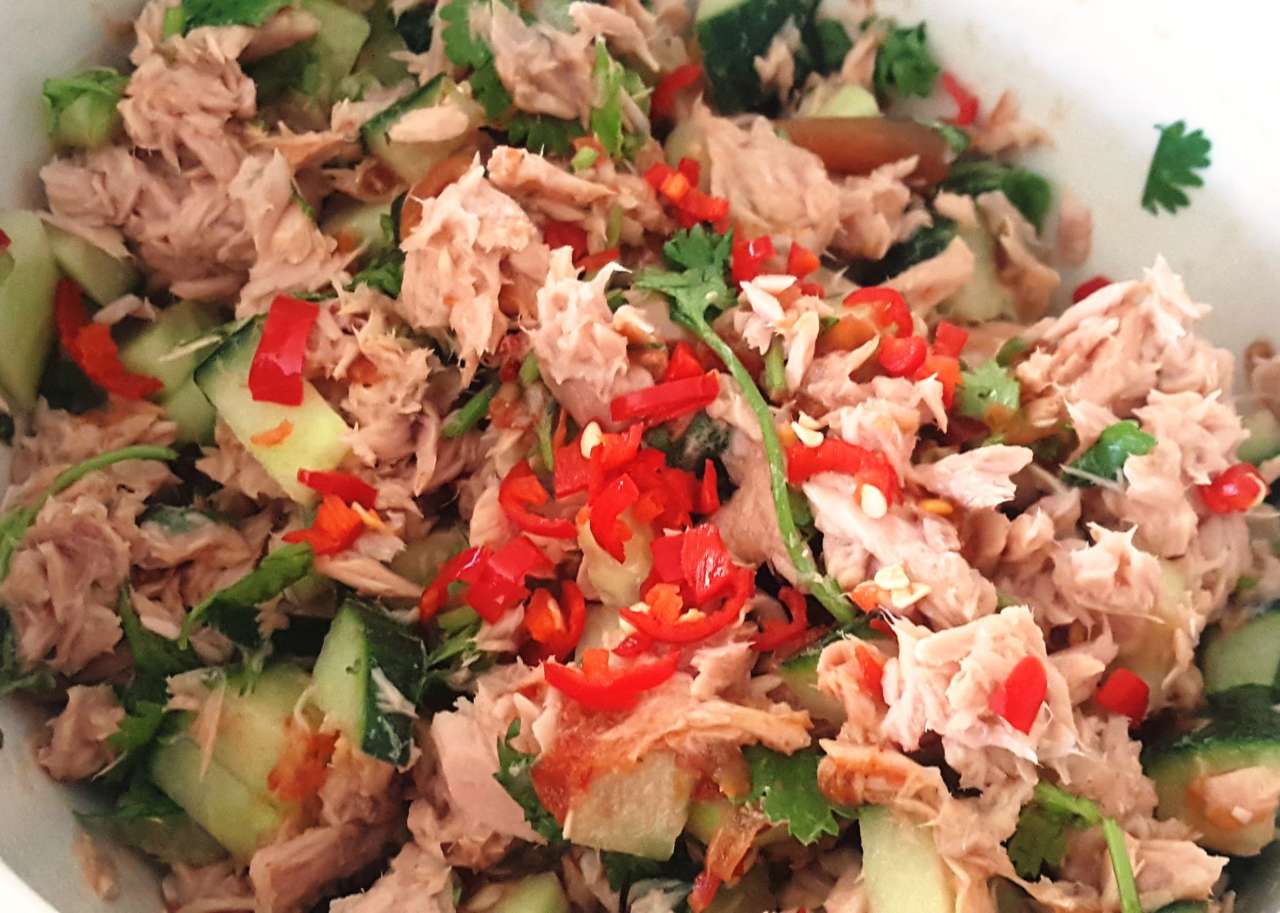 The remaining ingredients were traditional, but I did add sliced avo and caper berries. I also made it more calorie conscious by omitting the potato. 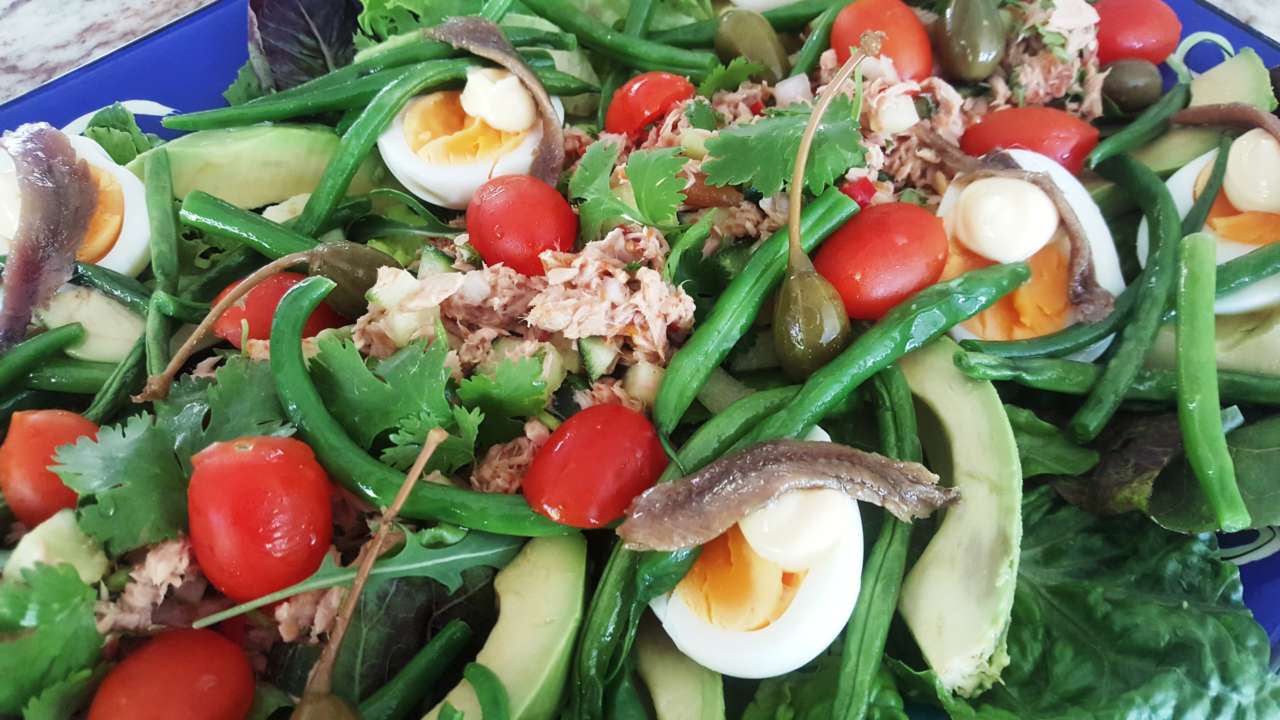 I dotted some Japanese Kewpie mayo on the eggs.

If you don’t want the Asian flavours, merely season the fish with lemon juice, olive oil and maybe a few chopped spring onions and chopped parsley.

Avos are nearly out of season and ridiculously expensive so omit them now.

This ended up as ‘One Bowl’ meal on a warm summer evening.

I make this salad or variations of it often in summer.

It could be a stunning party dish. Ahead of time you can prepare and marinate the tuna, boil the eggs, blanch the green beans. If you want to elevate it you can add green asparagus, artichokes and freshly grilled tuna.

Serve it on large platters (just imagine it on one of these stunning 65cm diameter platters from my shop, Rustic Rose!)  and accompany it with fresh bread, preferably French style Baguette with olive oil rather than butter. 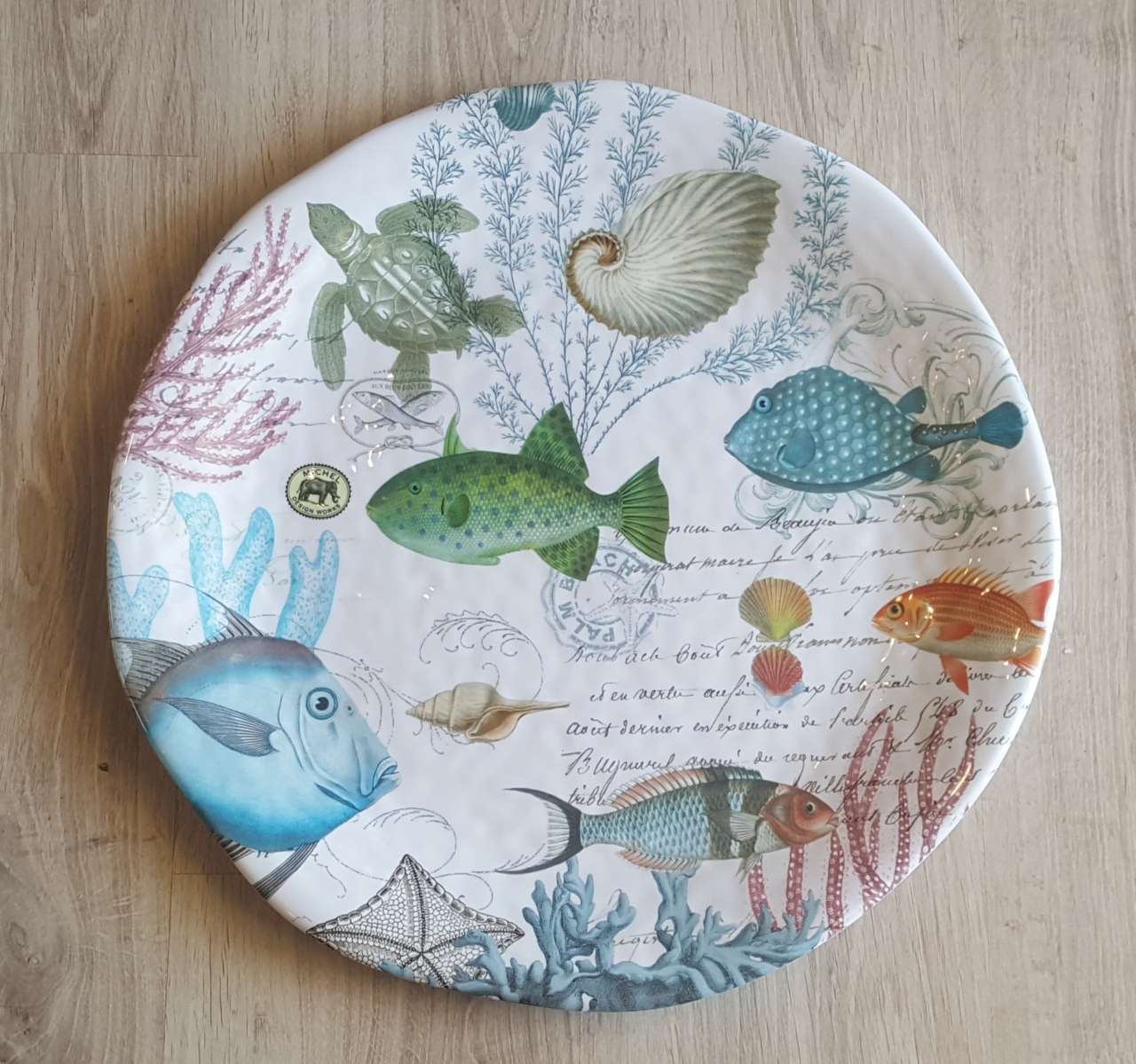