“Saltimbocca is thought to have been invented in Brescia, where the name loosely translates as ‘jump in the mouth’ – so you can be confident that it will taste great and the people you cook it for won’t be able to eat it fast enough. ”

In Italy it is traditionally made from veal, but it is as good using chicken breast fillets or thinly sliced pork. 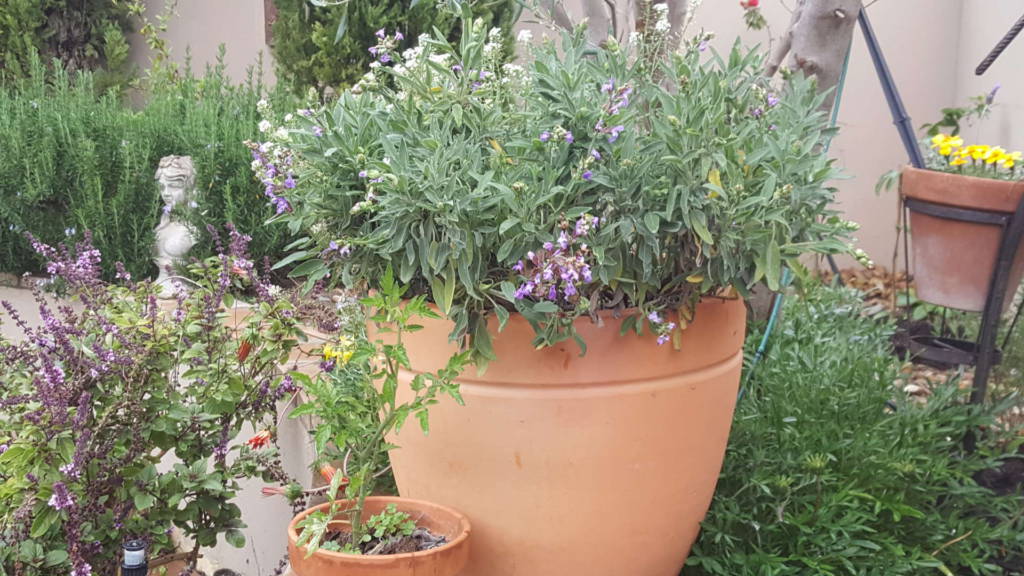 I have never been lucky growing sage in my garden but since I have placed it in pots in good sunny spots it has thrived. Sage is an essential component of saltimbocca, as is air cured ham. You can use either Italian Parma or Spanish Serrano, or a similar style ham. 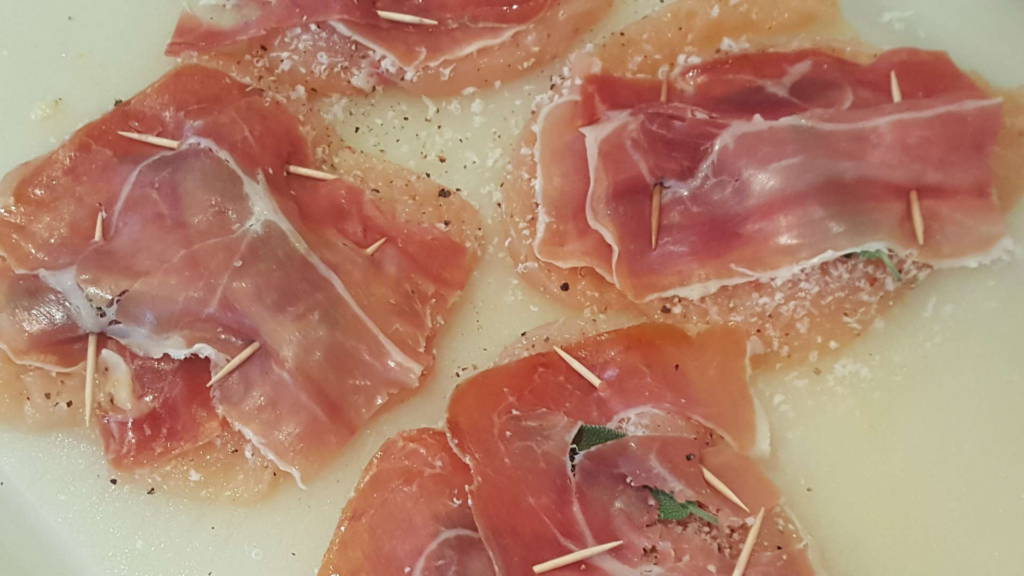 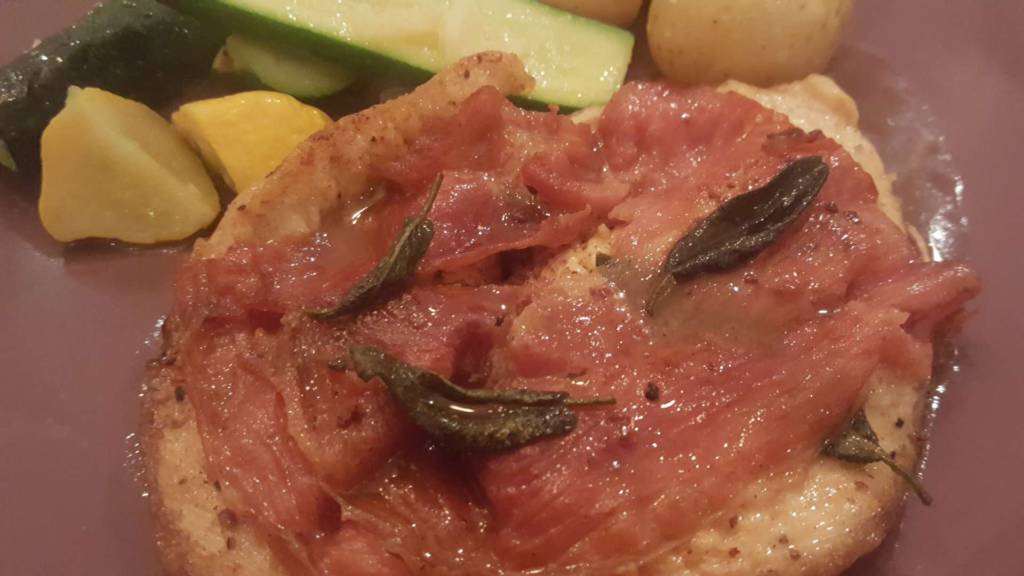 I have found some recipes where the meat is rolled with a filling of spinach or spinach and cheese, but I prefer the traditional recipe where the ham is laid flat on the slice of meat. The sage leaves are either  ‘pinned’ on top of the ham or sandwiched between the meat and the ham. I like the latter as the delicate flavour the sage is able to permeate the meat. I also add a few sage leaves to the hot butter when preparing the dish as nothing beats a buttery fried sage leaf.

This dish must preferably be prepared and served immediately and the lean meat can dry up easily.

This is a simple dish so serve it with lightly buttered pasta such as tagilatelle or buttered baby potatoes and a simple green vegetable.