Grape sauce for fish or poultry, my version of classic Veronique

It is amazing how our tastes in food change according with new developments. 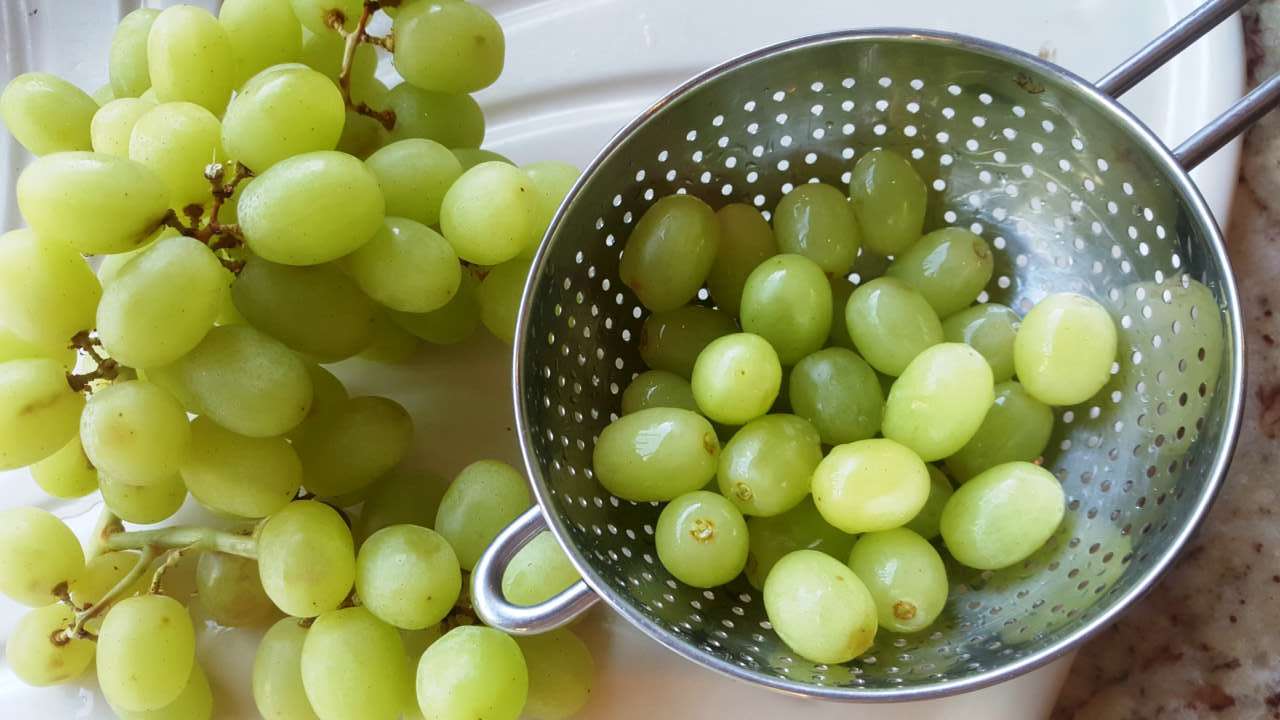 Some of you may recall when table grapes usually had tough skins and huge bitter pips! I do, as kids we had several grape vines at home. The grape covered pergola near the farm house was so big that 6 cars could park under it! The other one, further from the house was a HUGE cage covered with wire mesh, to keep the birds out. There was always a lock on the gate, so I suppose it kept some 2-legged visitors out too! There were several vines bearing a range of red and green grape varieties. The only seedless grapes that we enjoyed were the delicious sweet sultana variety that were the first to ripen. These and the late season, Hanepoot (Muscat) were my favourites. Many of the others had those tough skins and pips!

Now I mostly buy seedless grapes with tender skins. They are really delicious and much easier to use in cooking.

For those of you schooled in classic French cuisine may recall removing the pips and peeling the grapes for Chicken or Sole Veronique. You could leave the skins on if they were not too tough, but removing the pips was so tedious that you made the dish only once!

This week I ventured back to a Veronique recipe and thought that the seedless white grapes would be a lovely combination with salmon fillets and a hint of Pernod, what a hit!

I also use full fat plain yoghurt to replace the cream. To reduce our fat intake I usually substitute the cream in recipes with yoghurt. If you use a good quality Greek style yoghurt it with not curdle or split when heating. As a measure to prevent this splitting, I also sometimes add a small quantity of potato flour. I use potato flour instead of cornflour as it will give you a creamy versus a starchy mouthfeel. Buy potato flour from the ‘health food’ or Kosher section in the supermarket. 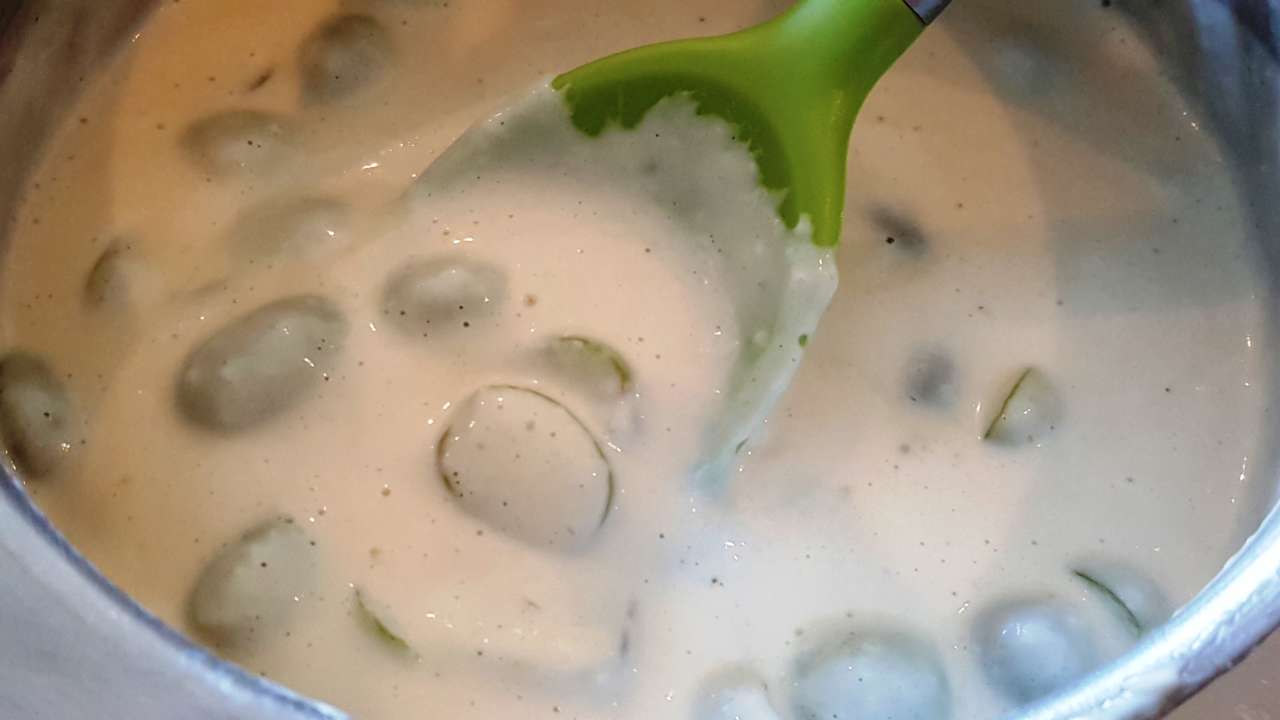 Months ago I also found a few sprouting red potatoes in the pantry and tossed them into the veggie garden. Within weeks I had beautiful plants. Last week I noticed a few baby potatoes on the soil surface so we decided to investigate our crop. What fun we had digging up a few kilograms of beautiful red potatoes. I simply had to use them. I boiled them and tossed them in butter and served them with the Veronique, turning a traditionally bland looking dish into a riot of colour! 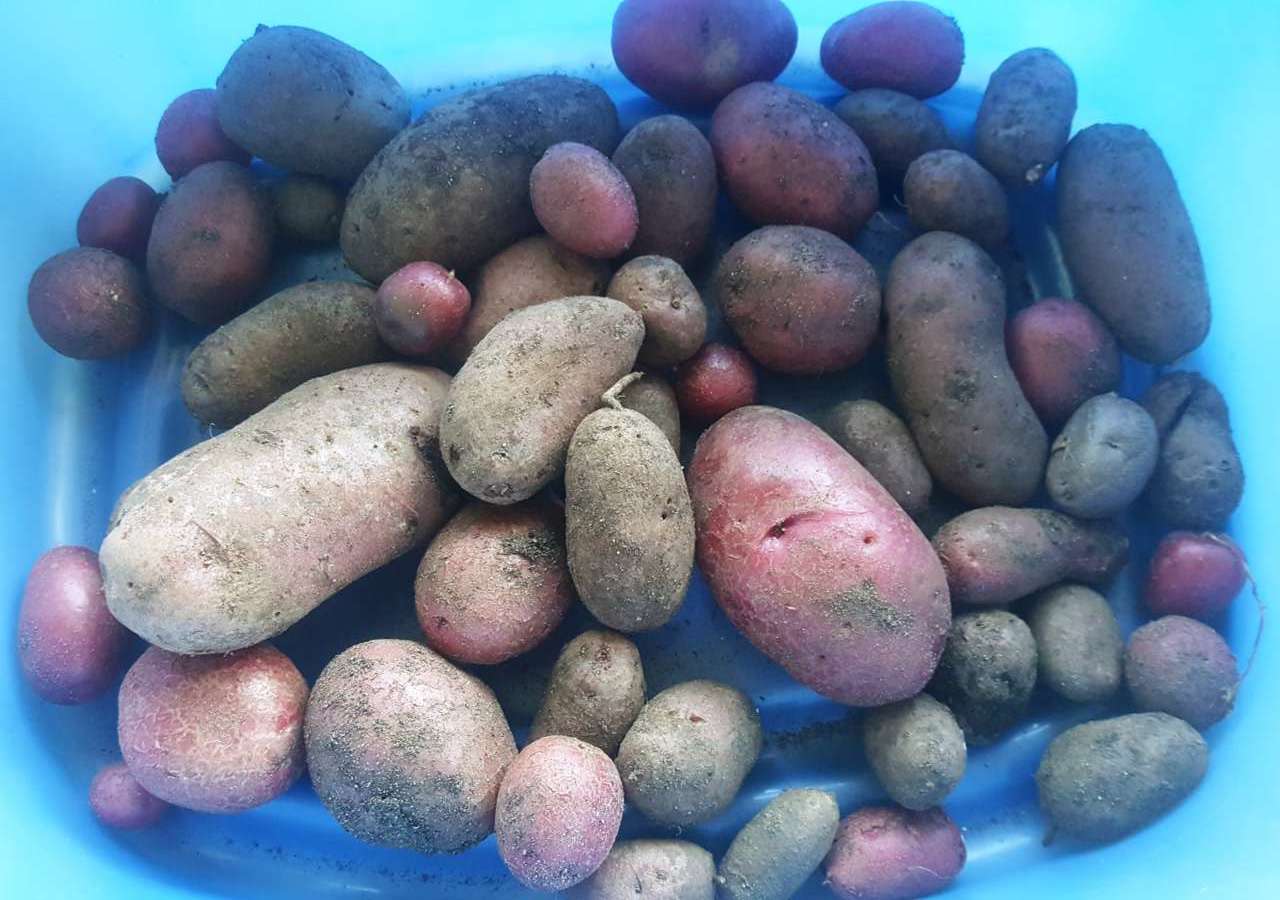 A harvest of red potatoes

Next time I make this dish I may not have red potatoes, but may use red and black grapes for contrast. 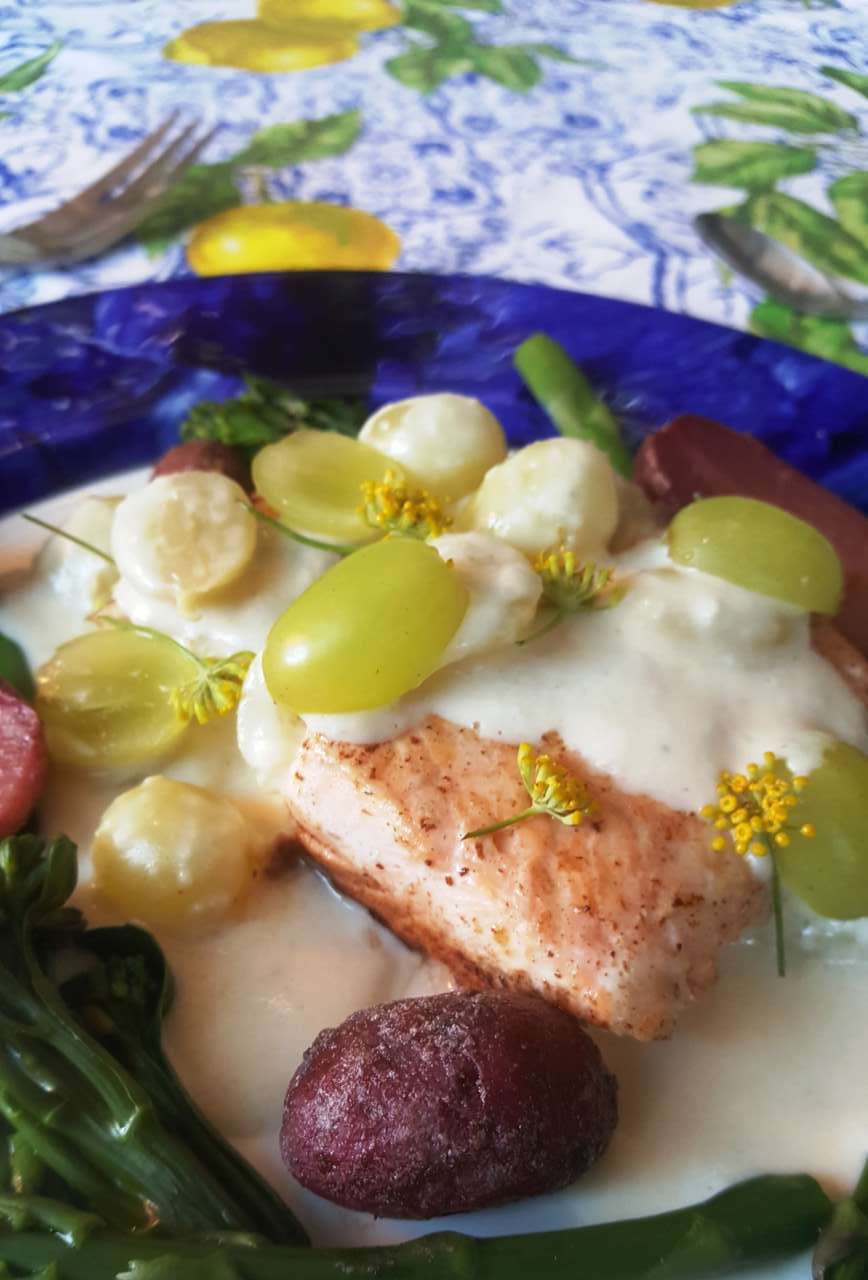