You cannot let the citrus season pass with make this cake!

For ages I have wanted to bake Jamie Oliver’s Marmalade cake and with so much citrus around and having just made a huge batch of marmalade I simply had to do it!

Reading JAN’s Journal he gives a recipe for a steamed orange pudd, which looks divine but I was put off by the 3-4 hours of steaming. Jamie’s recipe is almost identical and looks as glamorous on the dessert table. 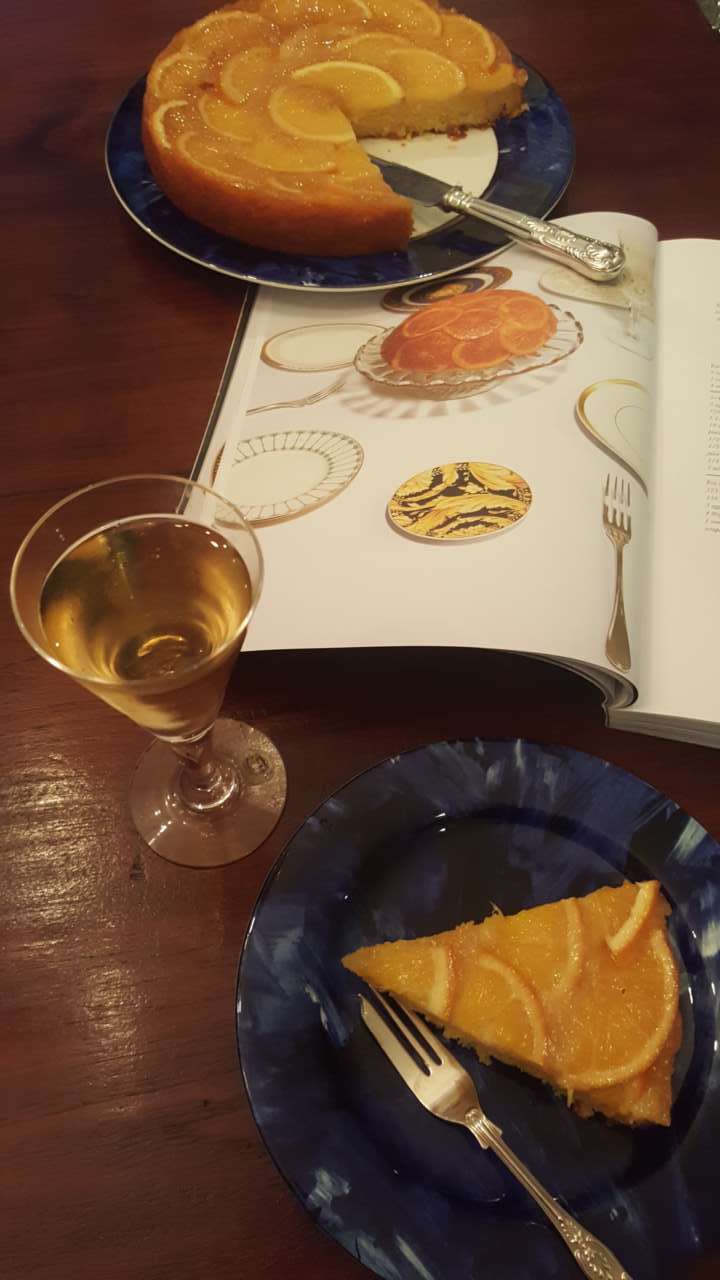 Jamie calls for 4 small oranges so I really should have made it 2 weeks ago when I had picked oranges from a friend’s tree. If you don’t have small oranges, simply use 2 large ones as I did.

The orange flavour is sublime

in this cake as you use zest, the juice and the concentrated flavour of marmalade. When you are preparing your ingredients just note that some orange is sliced, then the other is zested before it is squeezed for the juice. I took the liberty of changing Jamie’s recipe here as you only find reference to the zest and juice in the method. 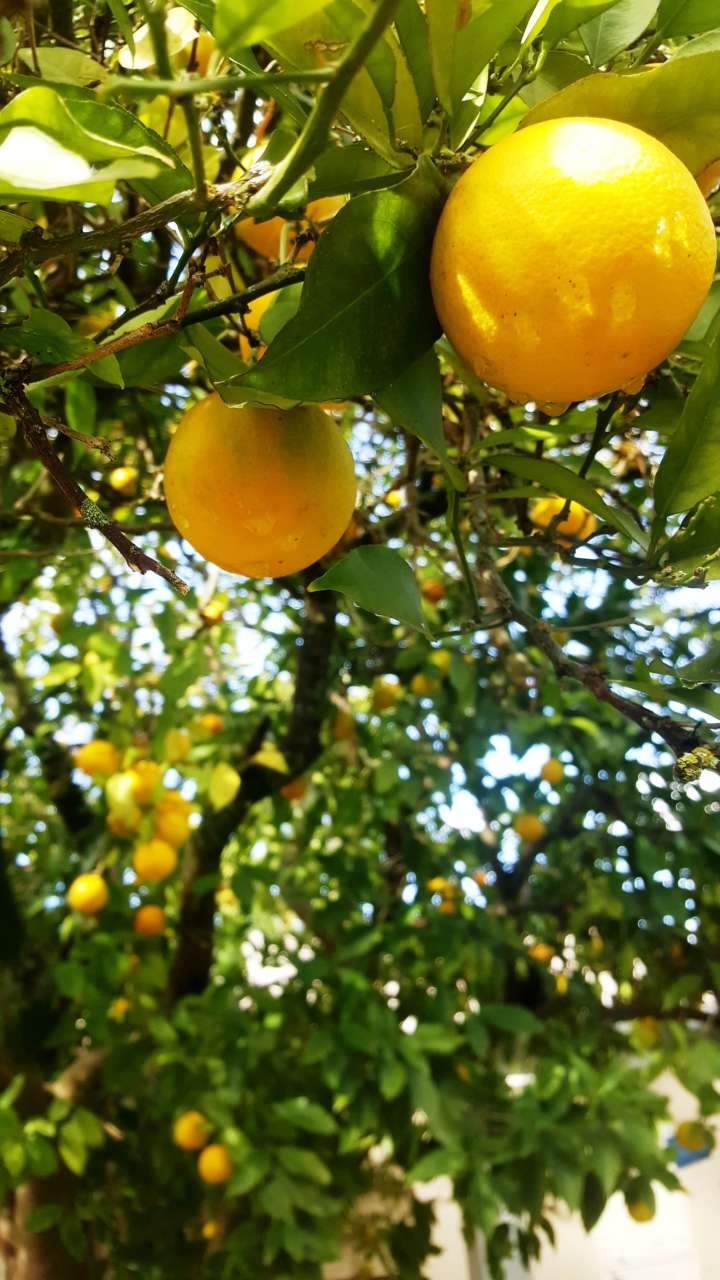 The ingredients and method

Jamie’s cake calls for Golden Castor sugar, which is simply the fine version of Demerara sugar, which is not commonly found in South African supermarkets. Make your own by whizzing it in the food processor, or use plain castor sugar.

When making a cake using the ‘creaming method’ where butter and sugar are creamed together, this stage is crucial to get a light cake. The butter must be at room temperature and you need to whisk until there are not grainy sugar particles. Then you add the eggs one at a time, again beating thoroughly, until the mixture resembles thick mayonnaise. It actually forms an emulsion which traps air and will support the dry ingredients when added later, resulting in a fine, moist texture.

When adding the dry ingredients GENTLY mix them in. Excessive stirring activates the gluten (a sticky protein) in the flour which you want in bread making, but not in cakes and pastries!

As you know I am not mad about cakes with frosting (icing) and so this one is perfect, once baked it gets a simple glaze of warm marmalade and it’s ready to serve! If serving it as a dessert a spoonful of whipped cream would not go amiss, but we enjoy this super moist cake plain. 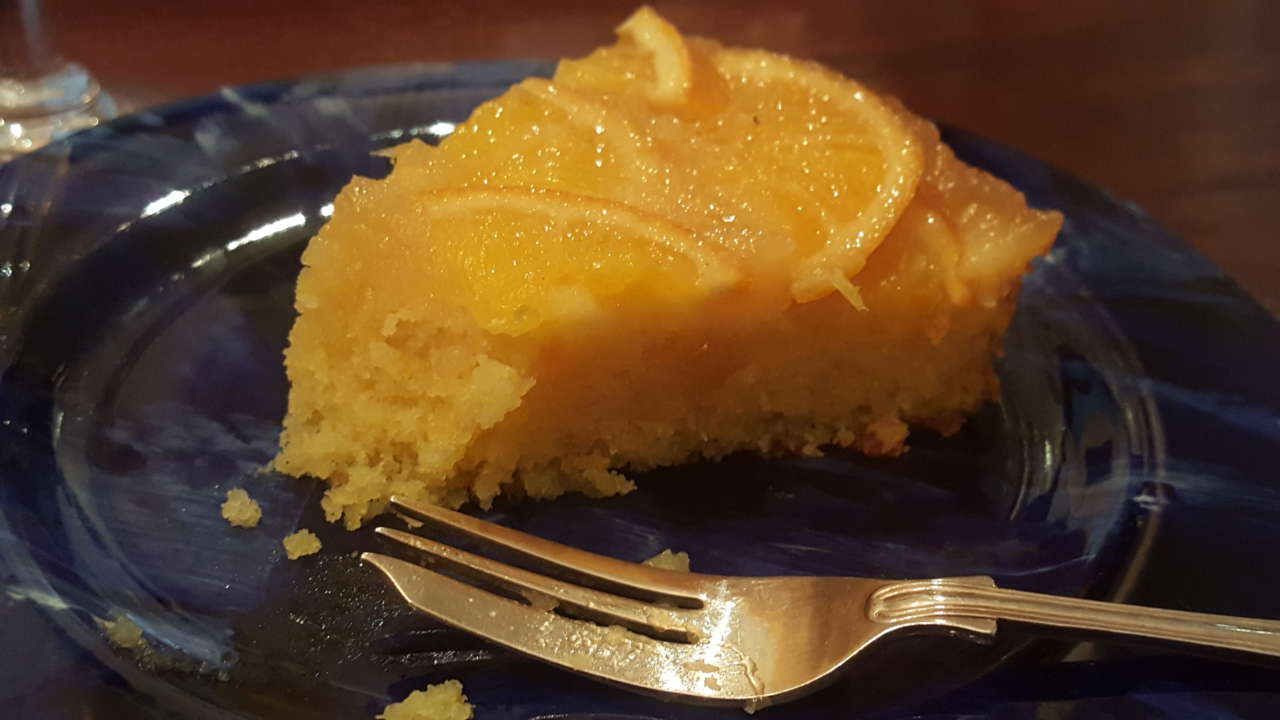 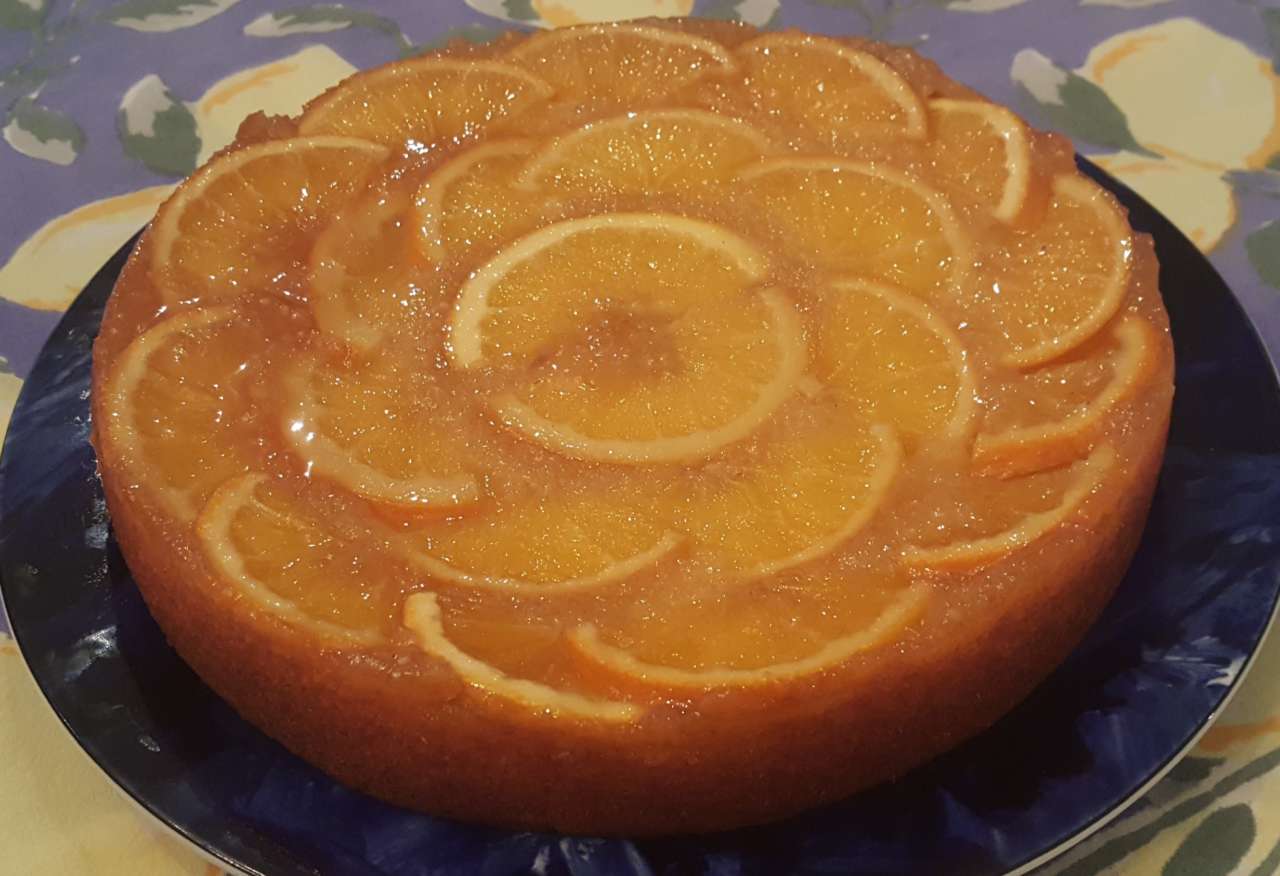 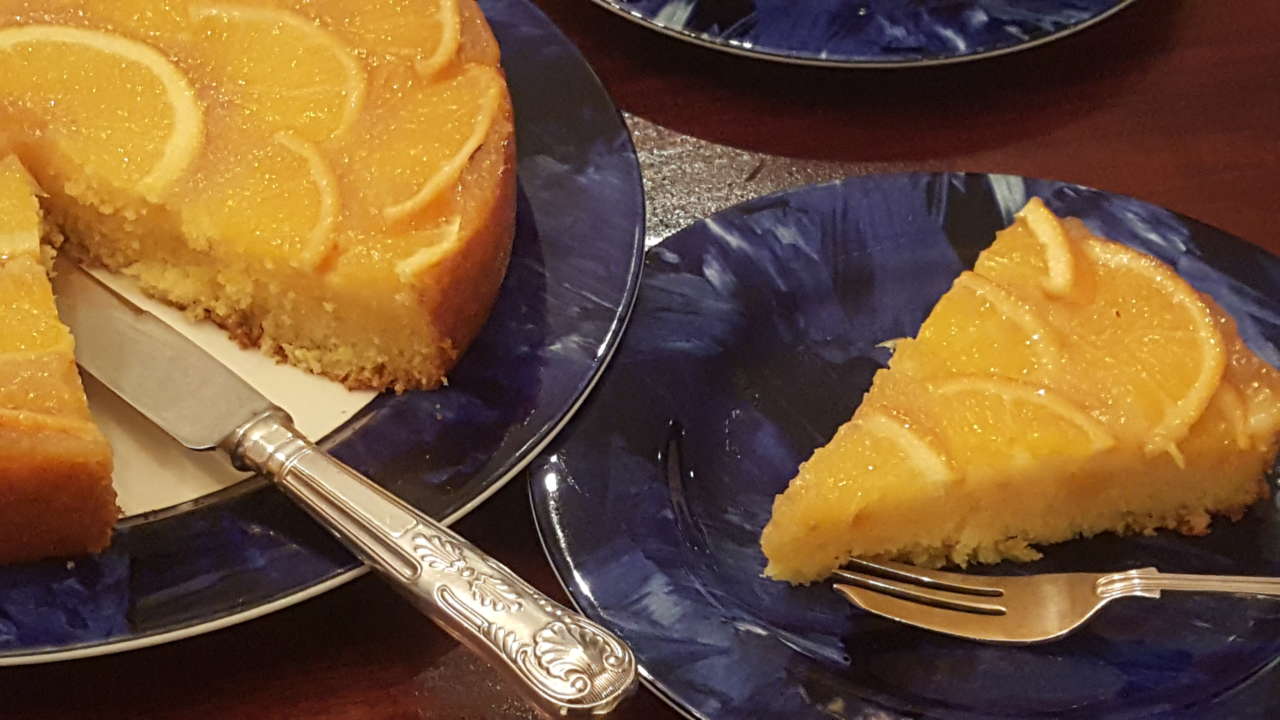